Lisa Posted on October 10, 2021 Posted in poetry No Comments 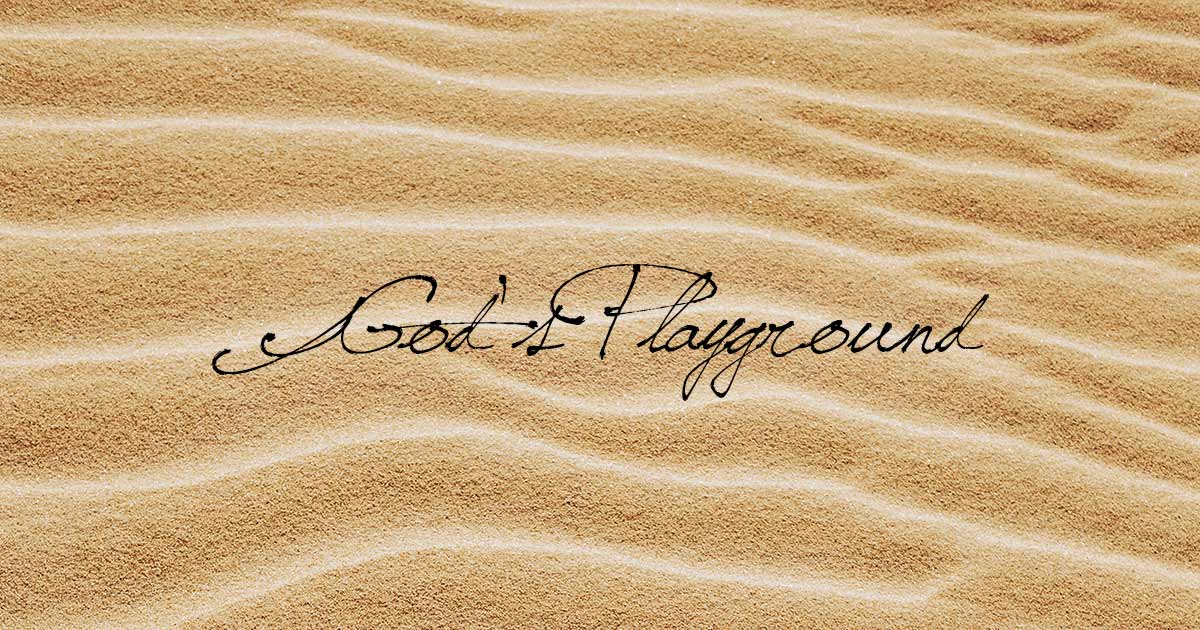 It’s another Hutchmoot—my eighth, and the second virtual one. Today’s poem was my 2017 contribution to the Hutchmoot scrapbook.

2017 was the first year Hutchmoot was held at Christ Presbyterian Church, basically because the previous church was too small. A number of us old-timers feared the transition from Church of the Redeemer’s cozy atmosphere, but by and large it was still full of delights, starting with discovering a tall grass maze behind the church (vs. a corn maze). I think random delight kind of became the theme of that weekend for me—including the delight God feels in His creation. Like, God delights in the random elements that make up a rock. Today’s poem reflects that theme.

Deep in Orion’s belt, there is a sphere:
A planet, made of only elements
Which comprise sand and glass. For over there,
It is God’s playground. There, the wind is sent
To shape and form, combine, and to divide
The molecules, and mix them every way.
He shakes them up and turns them on their side
And sets them down—for he delights to play
With his creation—every grain of sand
And every microscopic piece of earth.
The maker and the shaper of the land,
Creator of the Heavens, finds great mirth
And wild delight in every spect of dust,
Where we, mere humans, see just moth and rust.