Lisa Posted on April 3, 2022 Posted in poetry No Comments 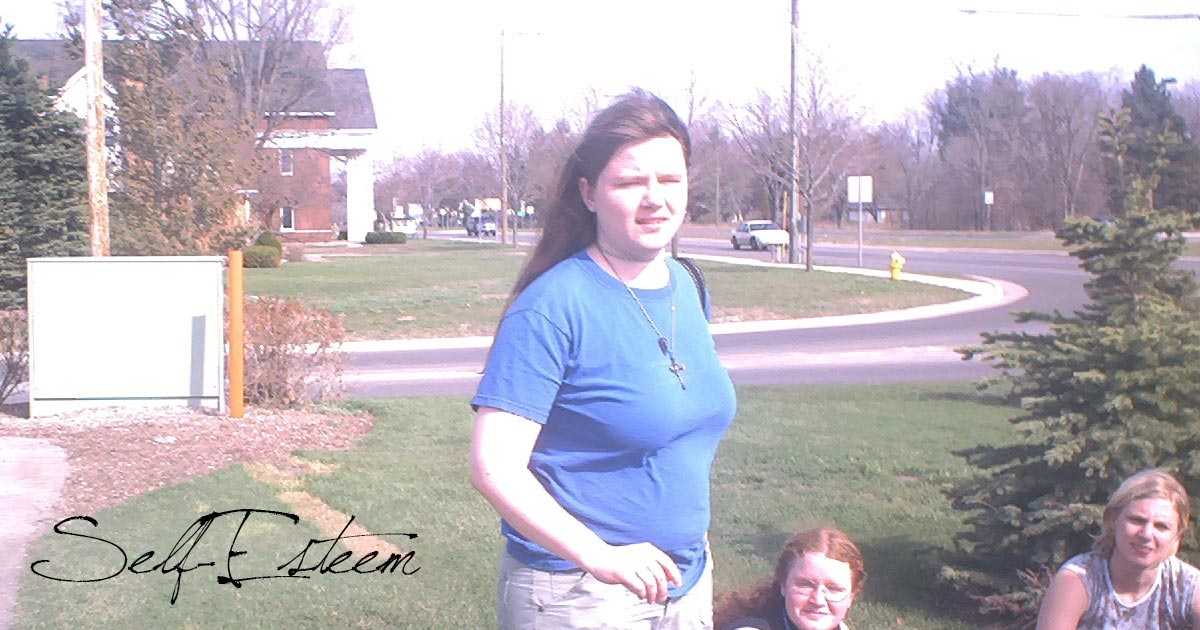 Guys, I failed you.

For the first time since June 2017 I failed to post a weekly poem. (I almost failed once before, but I posted an apology haiku on Facebook that afternoon and posted it on my blog that evening. Also, gosh, how has it been almost five years?)

To make up for this horrid failure, I’m presenting two poems today: a haiku that I wrote last Sunday but failed to post, and this week’s actual poem, which is a pretty decent representation of me and my feelings about my own appearance in undergrad.

I will admit that, like many people, I have mixed feelings about my appearance. I started wearing contacts in high school. I wore makeup for about three years then just stopped until 2011 or so, then in 2020 figured out that the bare minimum I could wear for Zoom purposes was eye liner and mascara; I’m only just getting back into it again. My overall sense of style has matured, but I still just feel most comfortable in a t-shirt/sweatshirt and jeans. I’ve gone on several diets and work out now. Basically, I’ve come to the realization that appearance matters and generally attempt to match my own appearance to the level of those around me. But in general my thoughts about my appearance as presented in this poem still hold true.

The one thing I did consider changing in this is the reference to Lolita. I think I picked it because it sounded literary and matched the rhythm. I have since attempted to read it and put it down maybe 60 pages in because I hated being in the mind of a pedophile. If I could have come up with a better book title to include that matched both the rhythm and the pretentiousness of Lolita, I would have.

Final note: I don’t remember the exact context of today’s photo, other than that it was probably taken somewhere between Fall 2002 (gosh, almost 20 years) and Spring 2003, and based off the other people it was an Intervarsity get-together. It’s about how I would have looked when I wrote today’s poem, at any rate.

I think this makes twice
That I’ve failed to prep something.
Life got busy, guys.

There once was a girl who liked how she looked.
She hated to sew. She hated to cook.
She never wore dresses or makeup or jewels;
Liked music and art over things that were “cool.”
She loathed exercising, could not ride a bike,
And only when camping did she ever hike.

But once in a while, she would look at herself
She’d think about guys and she’d think about health.
She’d put on a necklace, she’d play with her hair,
She’d think about love, she’d secretly care—
The voices inside would take over again:
“Even you could look sexy, and we’ve got a plan!
Just take out that credit card, forget the bill,
You’ve got a new closet prescription to fill.
Now head to the mall for an hour or five;
Discover the true joy of being alive.
You’re a girl, you have breasts, and we’ll make them look great.
We’ll have every guy asking YOU for a date.
Miracles happen, believe it or not;
With much less than that we will make you look hot.
First, throw out those t-shirts and buy some new clothes—
Some shape-showing blouses—much nicer than those.
And throw out those tattered and faded old jeans;
Short skirts are required for real sex machines.
And suck in that gut so that you can look thin;
You’re way overweight ‘till you’re thin as a pin.
Next, makeup: let’s put some eyeliner on you,
And lipstick, though, careful, not too bright a hue.
And let’s ditch those glasses, it’s contacts for sure,
And for your pale skin the tanner’s the cure…”

And all this goes on until she says, “Enough!
I’m all sick of you, and I’m calling your bluff.
There’s much more to life than good looks and youth.
I like who I am and that’s the plain truth.”
A nice sexy figure was never her need—
She picked up Lolita and started to read.