Lisa Posted on December 12, 2021 Posted in personal, poetry No Comments 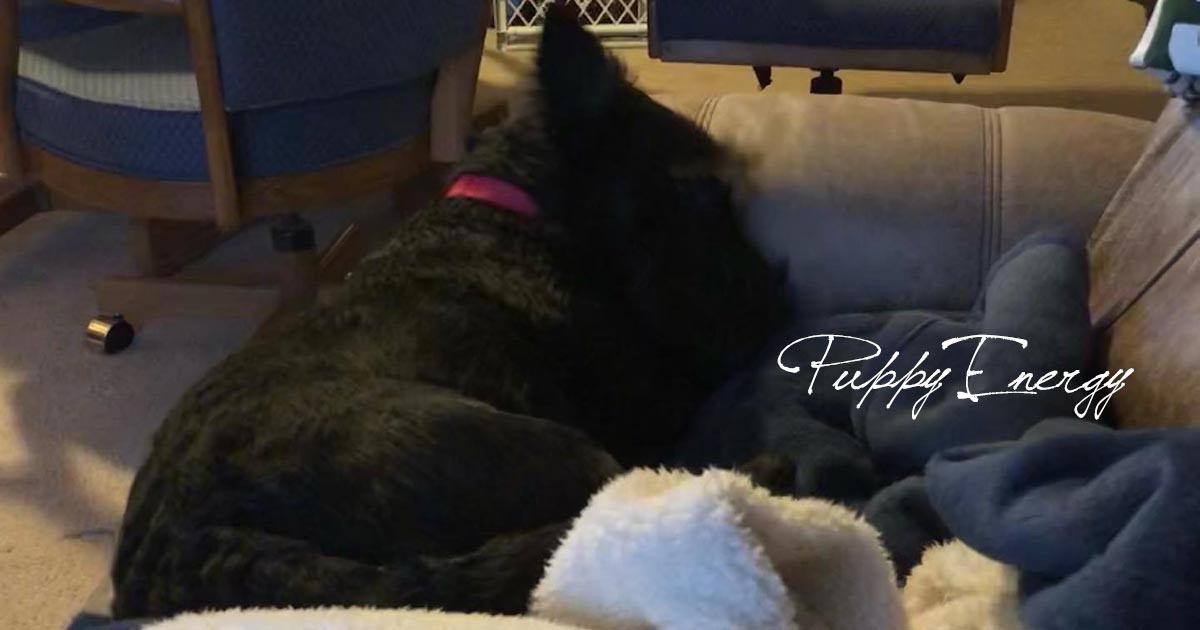 I wrote today’s poem in November to the prompt “pet.” I’m posting it today because on Friday he was incredibly painfully destructive (RIP, $100 pair of Vessis that he decided to use as an object of tug of war while they were still on my feet), but today he was actually mostly well-behaved (as in, actually fell asleep outside his pen, as pictured above). Puppyhood is hard, but on the cusp of 9 months, every once in a while I see the dog he’ll become.

My puppy has two modes: zoomies and sleep.
Asleep, he is a tiny, helpless babe.
So many photos of him that I’ll keep:
Mementoes of good times—but I’m afraid
When he wakes up he only wants to play.
He’ll bite my feet, my hands, my arms, my clothes.
I have to work—I try to say no way—
But nothing can deter his longish nose!
But oh—he can be sweet when he is still
And chilling at my side, watching TV.
It’s rare, but that’s what I want to instill,
To teach him contentment there, without me.
He’ll learn one day. Sometime he will grow up.
But until then I WILL enjoy my pup.