Lisa Posted on August 22, 2021 Posted in poetry No Comments 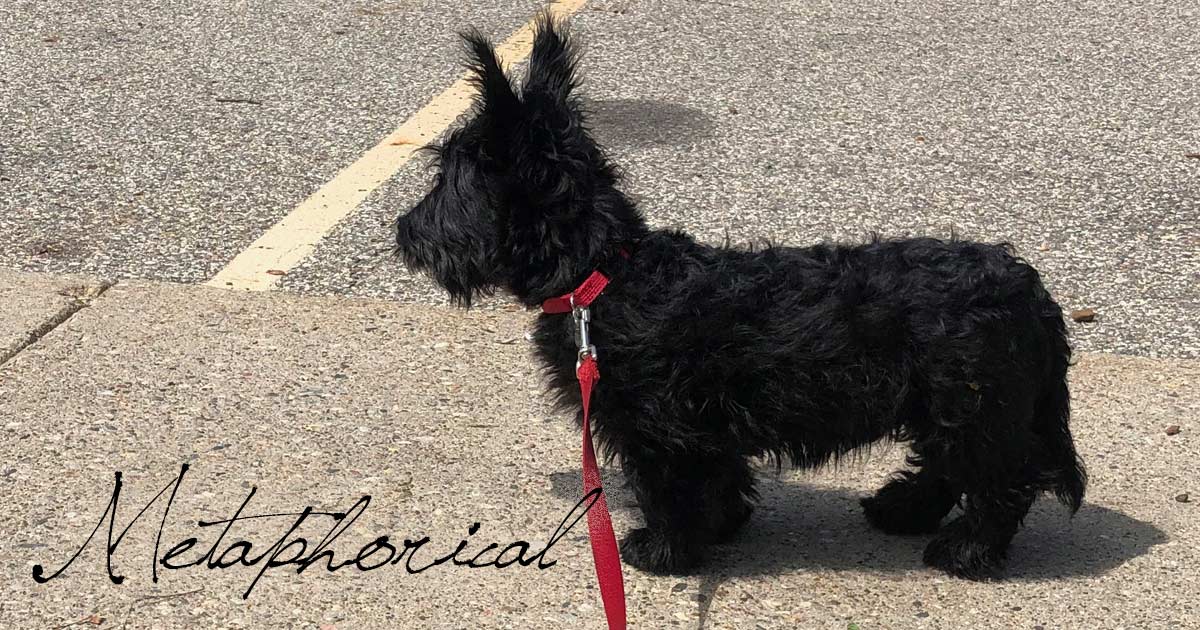 Getting a puppy has been amazing, but also insanely stressful. Things are slowly getting better, but the number of times I’ve had to keep him from, say, eating literal garbage is not small.

Me being me, of course I see all kinds of metaphors in it for the Christian’s relationship with God in it. I see God’s commands as being given for our good, for example, like I give commands for my puppy’s good. He wounds me unknowingly; we wound God unknowingly. I’ve quoted “Behold, I go to prepare a place for you” at him when he’s crated and I’m downstairs vacuuming his play area. Oh, and I think of every behavior of his in terms of triggers and other addiction terminology. That sort of thing. I could go on, but right now at least I’m too tired to list out all the parallels.

And that’s what today’s poem is about—the fact that I’m too tired to list the parallels, but then one creeping in anyway. It’s one of only two poems I’ve written since picking up my puppy. In the future, I’ll probably decide it’s objectively not good. But it’s very true to my life and how I think.

I have not had the energy to write
Much poetry over the last few weeks
And even months. All my poetic might
Has been subsumed by dog-care. I am weak;
My strength drained by a silly, barking pup.
He is a bouncing metaphor. I see
So many holy parables—but cup
On cup of coffee won’t give energy
Enough to write them out. I am just drained—
Like Christ was drained of life, there on the Cross.
My puppy’s teeth, Christ’s crown of thorns: the pain
Of disobedience—but worth the cost
Of suffering in patience, with the goal
Of happy pups and broken folks made whole.