↓ Skip to Main Content
Home › poetry/">poetry › In the Soundbooth

Lisa Posted on July 25, 2021 Posted in poetry No Comments 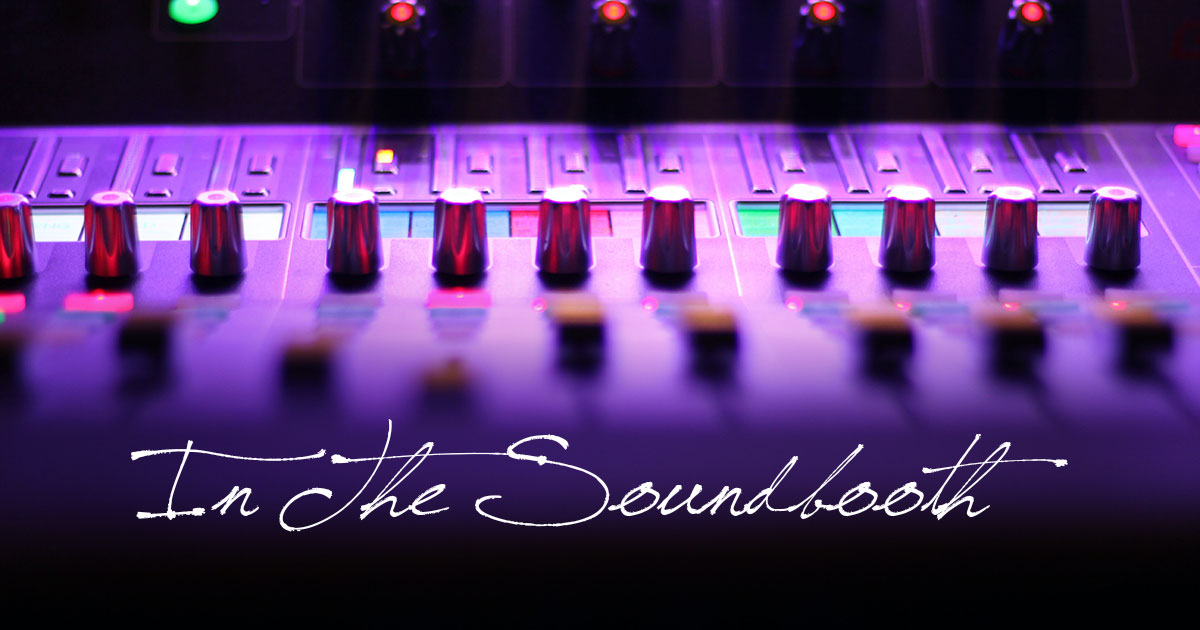 At the church where I grew up, my dad volunteered to run the church soundboard. To get there, you had to climb a ladder in the library to a small platform—kind of scary, and definitely breaking all sorts of accessibility compliance regulations now. Once you were up there, though, it was like a wonderland: a narrow room overlooking the sanctuary on one side and with a glass overlook of the lobby on the other held the soundboard itself. Beyond that, a step down, an even smaller room held recording equipment and old cassettes and I don’t even know what else.

Once I got over my initial fear of that ladder, and whenever Mom gave up and acknowledged that I probably wasn’t listening to the sermon regardless, I loved it up there. I’d snag a book from the library and curl up in the back room and read, or I’d stare in the darkened glass that overlooked the sanctuary and imagine hidden people and hidden stories (stolen directly from Anne of Green Gables, I’ll admit). I have lots of fond memories of that space, and of that church in general—lots of nooks and crannies like that. Today’s poem, written for the November 2019 Poem a Day challenge, is about that time.

The soundbooth at the church where I was raised
Was up a ladder in the library.
It felt like such a secret, magic place:
A secret view of the sanctuary,
A little alcove where they stored the tapes
From sermons past, and a dark windowpane
That overlooked the lobby. In it traipsed
A thousand fairies, waiting to be named:
I’d stare into that window throughout all
The sermon, making new and secret worlds
of Hobbits short and horses proud and tall.
Or perhaps I’d sit there with a book, all curled
up in a corner, hidden from everyone
But Dad, in peace until service was done.

Photo by Denisse Leon on Unsplash