Cemetery Dirt Between My Toes

Lisa Posted on February 21, 2021 Posted in poetry, Uncategorized No Comments 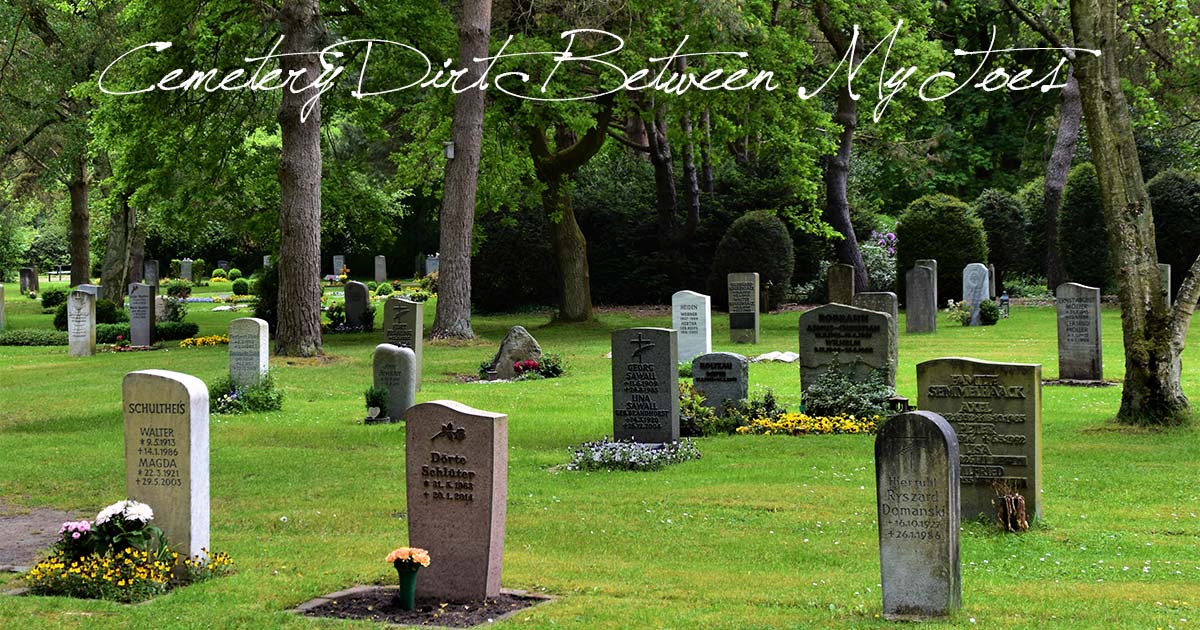 My drive to my office is about 35 minutes. Usually it’s a pretty direct route—10 minutes on the expressway, 15 on a straight highway, and the rest is just getting to and from those two roads. Every once in a while, though, I’ll skip the expressway and take the scenic route. The area between home and work is pretty rural, and especially if you just drive on a whim you never know what random scenery you’ll see.

One particular day, I wound up at a small cemetery. It had been active for at least a century, I think, but was still in use. I have an odd fondness for cemeteries—wandering through the graves, wondering about their lives. On this particular day I was struck more strongly than usual by the voices and stories contained by the graves, and wrote today’s poem.

Cemetery Dirt Between My Toes

I see you in the evening light
Some stones, whose names cannot be seen
And some who cry theirs, clear and bright
The sleepers, resting ‘neath the green.
Though silenced, still I hear their cries—
Their voices muffled by the grave.
“We hoped and dreamed while we were live.
Once we were young and strong and brave.
But still, cruel death came for us all.
Some bitterly, our youth to end
Some in the prime of life to fall.
Still others, gently, as a friend.
And had you time, and could we speak,
We’d fill your days with long-lost tales,
Of toys moth-eaten, stairs that creak,
Of uniforms, of bridal veils—”
But they’ve no voice, and I’ve no time
And they have nothing left to give
For thou, o Death, has called them thine—
Yet in the stillness, do they shine?
And do they yet—in their dreams—live?

Photo by Waldemar Brandt on Unsplash