↓ Skip to Main Content
Home › poetry/">poetry › The Road to Uganda 8: At the Airport, Before the Towers Fell

The Road to Uganda 8: At the Airport, Before the Towers Fell 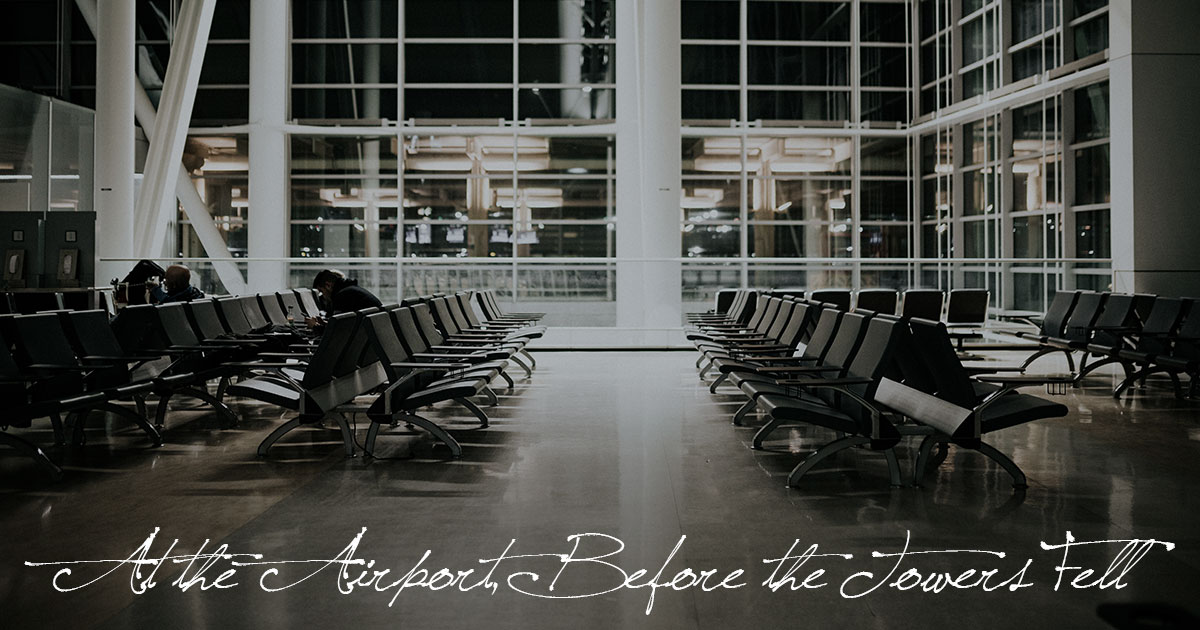 I’m categorizing this one as a Road to Uganda poem not because there are any updates to share—there aren’t—but because it’s tied to a missions trip memory, and it’s tied to the current uncertainty.

In July 2001, just barely over 19 years ago now, I returned from my second missions trip, this one from El Salvador and Honduras. We had a late flight back to New York, and when we arrived back to the US, three or four of us were dropped directly off at the smaller regional airport where we had morning flights back home.

I honestly don’t remember what time we were dropped off. It was after 11 p.m., at earliest. Nothing was open. There was nobody there to check us in for our flights. At best there were maybe one or two security guards who really didn’t pay any attention to us. But there were a couple of teenage boys just hanging out, skateboarding up and down the terminal. They came over and talked to us for a while. They were locals, bored, with nothing else to do. So why not just hang out at the airport concourse and see who and what there was to see? Nothing criminal, just a couple of teens keeping themselves entertained.

I’ve thought about them surprisingly often over the years; I probably think of them every time I fly anywhere (in fact, I wrote this on a flight down to Jacksonville, Florida last year to visit some good friends). Two months after I met them, and they wouldn’t have been able to skateboard inside the terminal freely. Two months after I met them, and I’m not sure three or four teenage girls would have been allowed to spend the night in a functionally closed airport waiting for our flights. And I’m thinking about them now as I ponder what traveling to Uganda will look like (Lord willing, next Summer). I have to assume we’ll all still be required to wear masks at that point. Will there be added temperature checks and screenings? A potential quarantine before and after the trip? I don’t know. But we won’t be skateboarding in the airport, that’s for sure.

At the Airport, Before the Towers Fell

They came there, late at night, to skateboard through
The empty airport lobby, just for fun.
There was no fear. There were no guards. No one
Cared much about what those teen boys might do.
And so it was the local boys, and us:
Some tired girls, back from El Salvador,
Alone at midnight. And those boys were bored:
They talked. We talked, with openness and trust,
About our homes, our trip, the local scene,
About how there was nothing else to do
So late at night, but come and skateboard through
The terminal. They said nothing obscene.
They left. We stayed there, dozing, ’till the staff
Arrived and checked us in, and our flights left.

Photo by Brandon Morales on Unsplash

1 Comment on “The Road to Uganda 8: At the Airport, Before the Towers Fell”