Lisa Posted on October 25, 2020 Posted in poetry No Comments 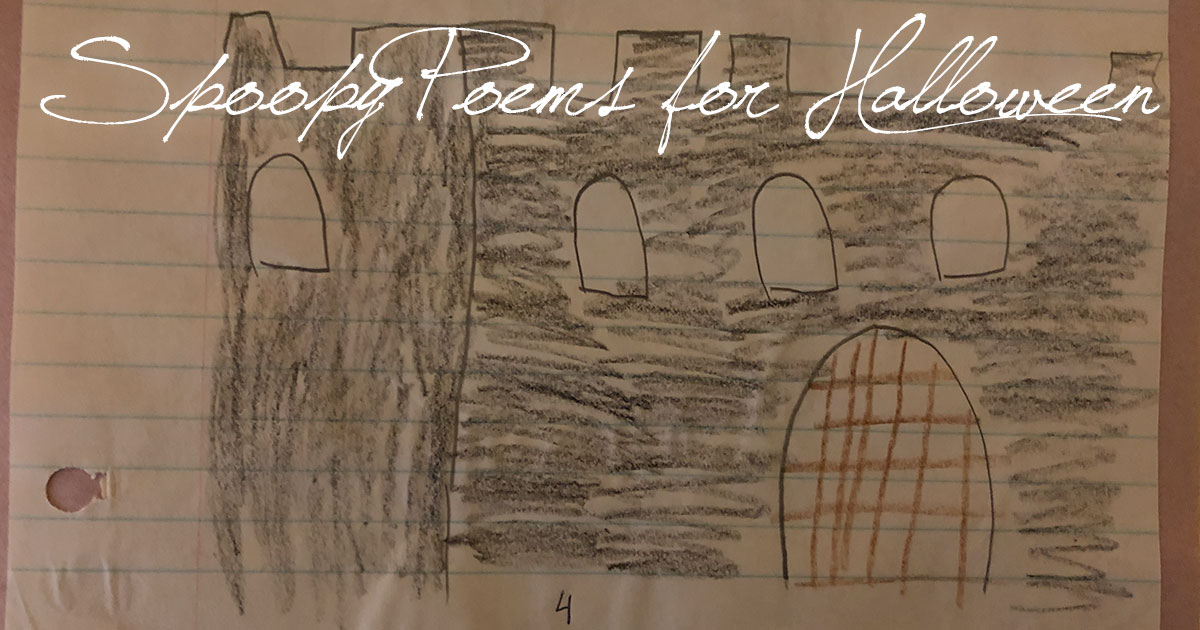 I was *cough* revisiting my classic book of poetry, A Ten Year Old’s Worst Nightmare. Although I’ve already published that first bone-chilling tale of woe and dread, I figured I’d pull out some of the scary classics from that book. As an added bonus, I have included some of the rejects from that book (because I still have them? For some reason?), as well as one written much more recently.

Selected from the fourth grade homework belonging to Lisa Eldred. Used with permission.

Ode to the Breakfast I Made

I needen’t [sic] tell you the rest.
(Except that you eat it.)
For freaking out mean stepsisters its [sic] the best,
There’s nothing that can beat it!

While the world
tears itself
asunder

And we all
devour
each other,