Lisa Posted on August 26, 2018 Posted in poetry No Comments 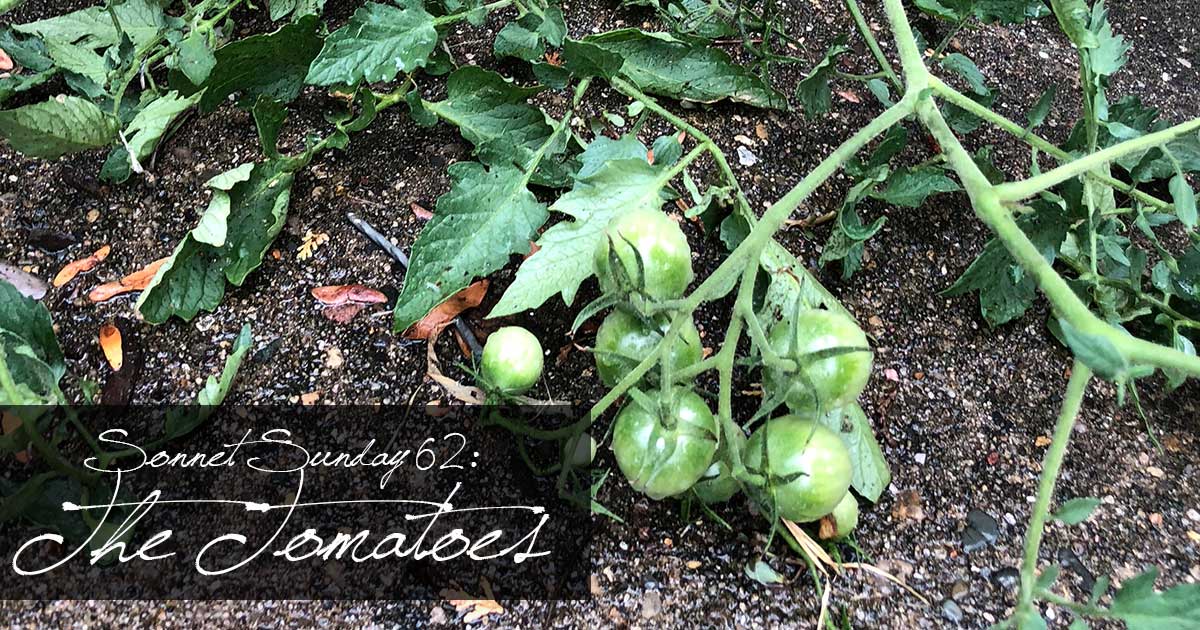 For several months, I have been in what can best be described as “a rough season.” Really, this should have been obvious much sooner, but July and August have been especially chaotic. The car is the obvious example here, but there’s also been some work chaos… and even though it’s been for good reasons (births of babies, corporate growth), chaos is still, well, chaotic.

That’s how life goes, of course. You have some good seasons, and you have some harsh ones. Summer and winter and springtime and harvest. Things haven’t been calm for a while. Realistically, it’s been wild since last November, but I don’t know if that means I’m toward the end of my “winter” or somewhere in the middle. But this season will end.

A few weeks ago, just after I had to replace my car, I happened to glance out my sliding glass doorwall and noticed some unusual plant life on my patio. On closer inspection, they were tomatoes, and they were growing, literally, from my wall. Sadly, I never got to eat them. Maintenance must have noticed and removed them (a disappointment to be sure, but I didn’t plant them and it’s probably better for the building structure to not have a plant growing into the drywall). Still, they brought me joy, and led to today’s sonnet.

It must have been a squirrel, or a mouse
Storing supplies against the snowy freeze,
Autumnal labor for a winter’s ease.
It stored seeds in the siding of my house
And left them there, forgotten in the cold,
While snow piled high against the concrete step,
Hiding the hole, its secret safely kept.
The seeds lay dormant there for days untold
Until the summer warmth made them take root,
Inviting dried-out seeds to come alive:
Despite no soil, despite no light, they thrived.
They found the sun, and then their vines bore fruit.
God’s providence, in spite of urban sprawl:
Tomatoes, rooted deep within my wall.