The Future is a Hand-Drawn Sketch

Lisa Posted on April 10, 2022 Posted in poetry No Comments 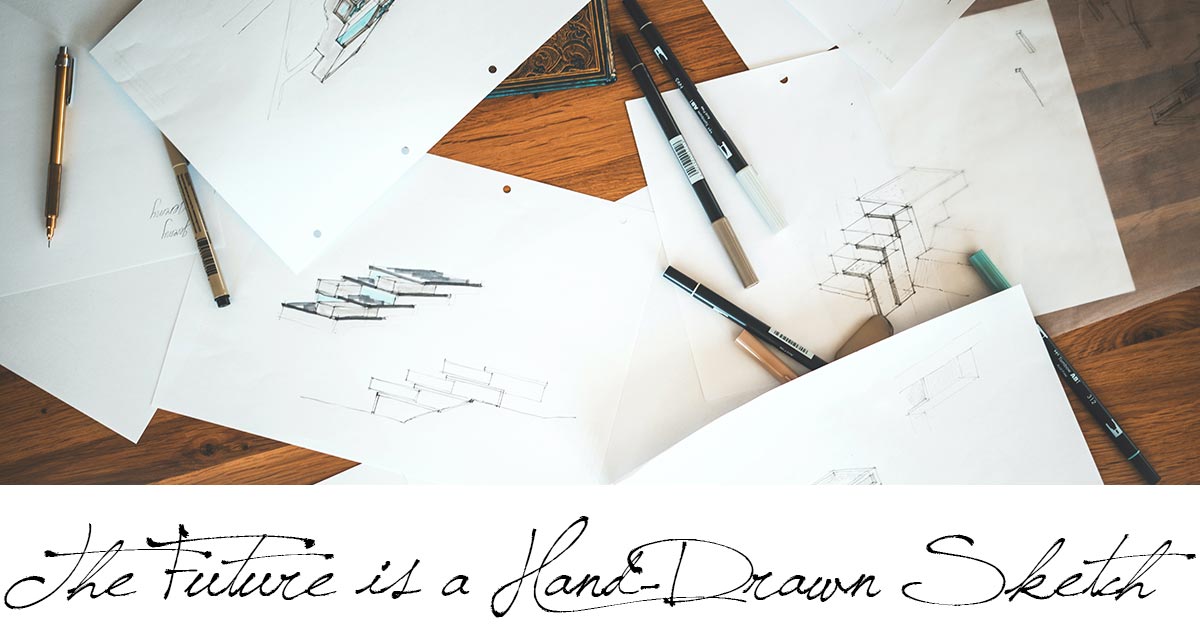 Today’s poem is an older, experimental poem. I don’t remember the context, though “writing poems about writing poetry” is a longtime trend dating back at least to Shakespeare, and probably far prior. Apparently on this particular day I was struck by the contrast of God going from darkness and bringing in light, and the reverse creation process for humans of taking a usually-white piece of paper or canvas and covering it with darker things—paint, ink, whatever. If this poem works at all, it’s for that reversal.

The Future is a Hand-Drawn Sketch

The future is a hand-drawn sketch
Scribbled and blotted on scraps of paper
With cheapest ink that scratches and skips
And scribbles and scrawls with arrows and jots
Of illegible notes.
In the beginning was the Earth.
In the beginning was a blank canvas
And the Spirit and darkness mingled and mixed
Until God moved over the deep.

Before the Creator creates there is the dark.
Before the creator creates there is a sketch
And ideas are born from their opposites
Light from dark, shape from shapeless
Meaning from meaningless
Living from dead
But Creator needs only speak and it is so
While I must sweat it out in ink
And cover Clean and Pure with dark again
And thus is the future born of man.

Photo by Marvin Meyer on Unsplash