Lisa Posted on March 13, 2022 Posted in poetry No Comments 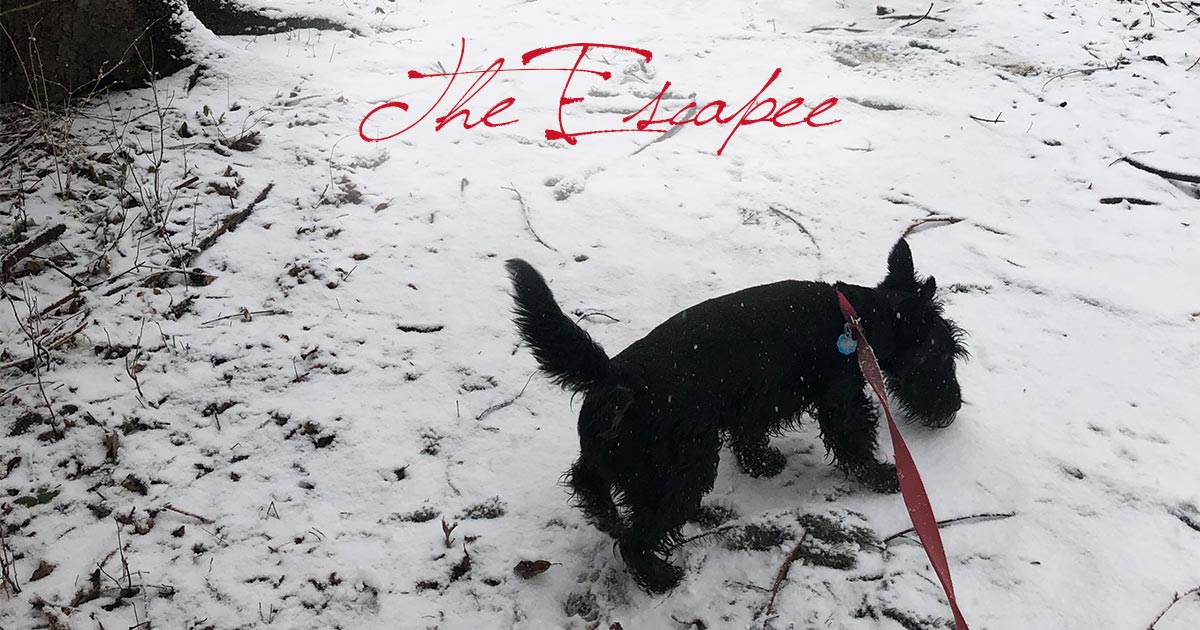 Gimli, my puppy, turns one on Monday (Pi Day). Or at least he will if he survives that long. The jury’s still out.

Puppy ownership has been more difficult than I expected. I honestly don’t know how much is that terriers are more difficult dogs than I realized vs. how difficult of a dog he is vs. me just being generally less prepared than I thought. He’s a destructive little monster, and definitely has a strong will. Some days I swear he has a death wish; he’s going through a fear period with cars, for example, which either manifests as attempting to chase them or trying to make me stop in the middle of a busy intersection until he feels safe, never mind that he’s actually endangering us more. (Don’t worry, I’m working with a trainer.) That said, he’s my precious little baby and I love him wholeheartedly, and once we work past the destructiveness I can see the great little dog he’ll be. In the meantime… well, let’s just say that I could write blog posts aplenty on how raising a puppy has helped me see the love of Christ for a sinful world. One that constantly causes him emotional and even physical pain.

Anyway, in honor of his birthday, I’m posting a poem about one of the times I genuinely thought he might not live that long: his escape from my parents’ house on Thanksgiving.

He slipped out of the door quite suddenly.
I called. He did not come to me.
Instead, he darted off into the woods,
Me panicking; him prancing playfully.

At last I heard a jingle, and he came—
My silly pup thought it was just a game—
Just having fun, off chasing squirrels and deer,
But me—my heart! The fear of loss. The pain.

What do you do when facing your worst fear?
When that which has your heart will not draw near,
Only to have it come back happily,
But stop and praise your God for answered prayer?