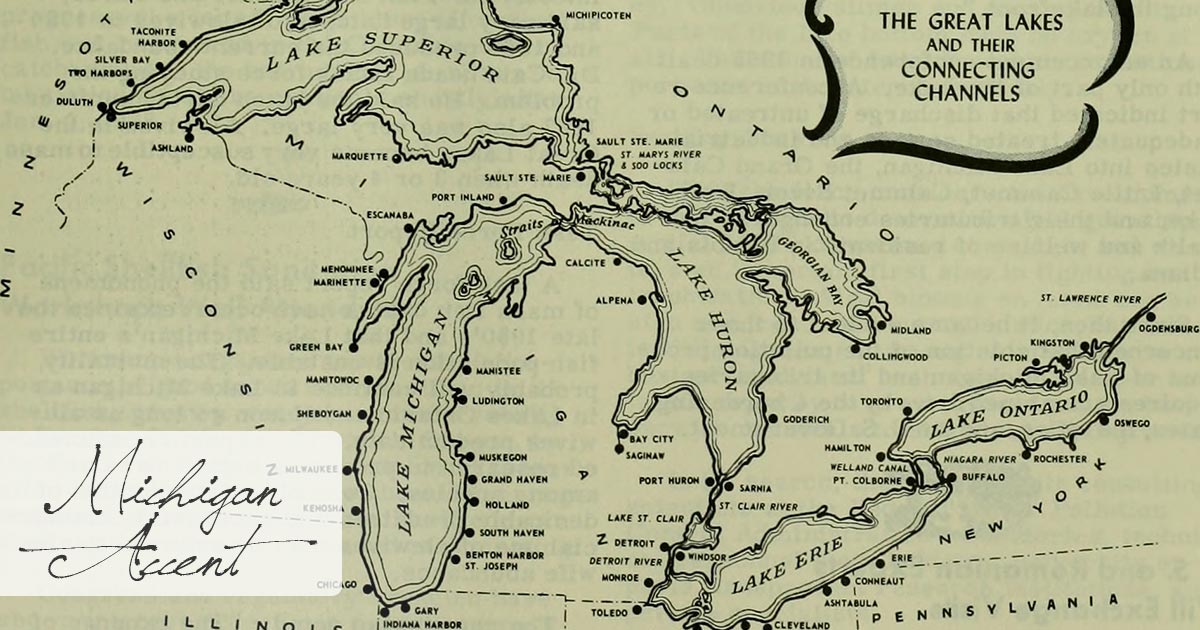 As my friends group has diversified over the last several years, I have come to the sad conclusion that I do, in fact, have an accent. Horrifying, I know. After all, everyone else is supposed to be the weird speakers.

Seriously, though, I’ve become increasingly aware of certain linguistic markers. Pop vs. soda is the obvious one (though I’ve increasingly started calling it soda for clarity with my foreign, aka out-of-state, friends). I also call sliding glass doors “doorwalls,” which it turns out is extremely regional to people in metro Detroit or otherwise heard ads for Wallside Windows. Apparently they coined that term. (Fun fact: I had no idea that was a regional word until Jonathan Rogers commented about it in something I had written. My first instinct was to be annoyed, since he uses his own regional terminology at times, but then I looked up the etymology of it and realized how weird a word doorwall really is.) And of course there’s the general softening of hard consonants and vowel elision or whatever. And we won’t even talk about my family’s own dumb linguistic markers, like calling squirrels “squiggles” or whatever. (These are especially bad when I’m talking to my dog.)

Anyway, today’s poem is a celebration of the Michigan accent.

I am a Michigander, born and raised,
And bear linguistic markings of my home.
Distinctive accents, words, and turns of phrase:
Some local to Detroit suburbs alone,
Like dorwall—gained from Wallside Windows ads—
Their trademark for those doors of sliding glass.
“Pop is a drink, and not a word for “Dad.”
Words blend together because we talk fast.
The cities are Grannrapids and De-troy,
And we color pages with our crans.
“Ope, lemme scootch right past ya”—with great joy—
And then we’ll point to our homes on our hands.
The Mitten State has left its mark on me:
A love of “nay-cher”—and an unsaid “t.”