This Is What We Call the Muppet Show

Lisa Posted on September 5, 2021 Posted in poetry No Comments 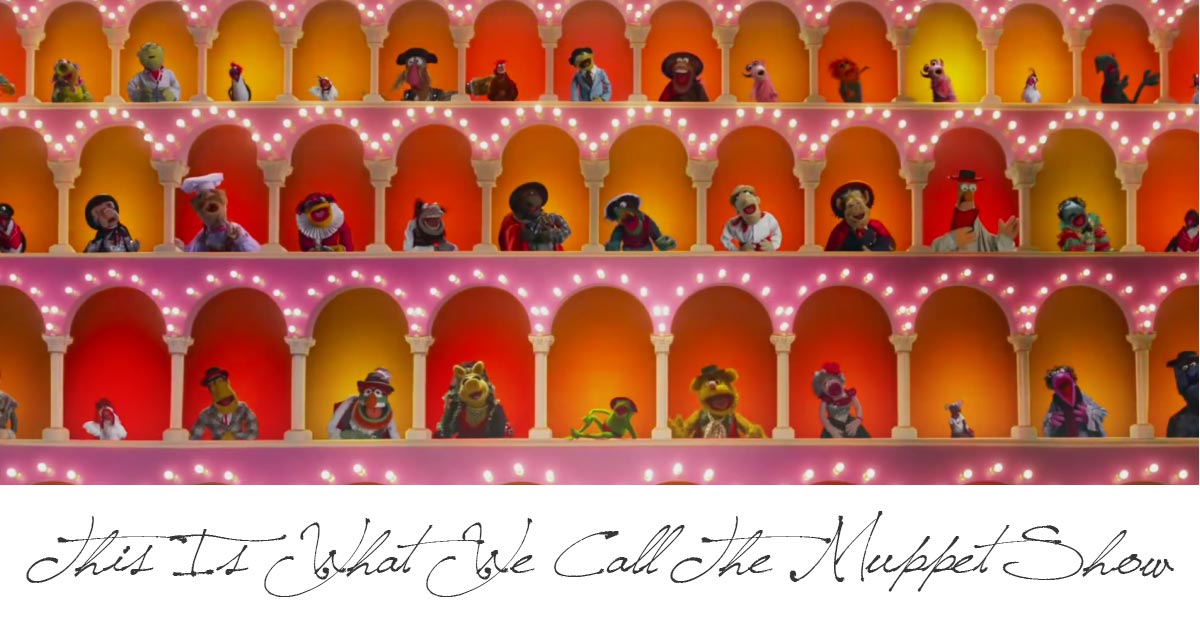 The Muppets have been part of my life for basically all of it in some form or other. Hands down, I know them best from A Muppet Christmas Carol, but we had their Season 1 and Season 2 records as well as the soundtrack of The Muppet Movie (which I had memorized long before I saw the movie itself), and “John Denver and the Muppets: A Christmas Together” is still a December staple.

As for the show itself, I think I saw an episode here and there. We randomly had the Debbie Harry episode recorded off TV, though I don’t remember watching it.

All that to say, this week I finished watching the entire series on Disney + for the first time ever. Some episodes were fantastic! Some episodes earned that Depictions of Racism warning they put at the front of them (I’m looking at you, Spike Milligan episode). Many of them simply felt like a time capsule, especially depending on the guest star. I remember reading in the Jim Henson biography that he decided to end after 5 seasons because the show could run in syndication forever as it was, and while I see his point it’s also like… did you think that the celebrities of the moment would always be popular? Or even, like, known? I’m pretty sure I wrote this poem within a day or two of hitting the Milton Berle episode; he’s one of those names that I know, but I still had to look him up for a little more context. I can’t imagine being a kid, sitting in front of the TV to watch this, and trying to figure out who 90% of the celebrity guest stars are.

(Side note: this was part of the April 2021 poem a day challenge; the prompt was Introduction.)

This Is What We Call the Muppet Show

“To introduce our guest star—that’s what I
Am here to do. It makes me very glad
To introduce to you a special guy—”
The watching child turned to look at her dad,
And asked him, “What’s up with this talking frog,
And who is… Milton Barrel anyway?”
Her father turned and stared at her, agog.
He sputtered and he stammered, just to say
“You mean you’ve never seen the Muppet Show?
That’s Kermit! And Miss Piggy! Fozzie Bear!
I thought I raised you right! How *don’t* you know
These characters? They show up everywhere!”
She shrugged. “I mean, come on, Dad, this show’s old.”
He sighed and said, “Just watch. This show’s pure gold.”

Image stolen shamelessly off the Internet. Please don’t sue. I’m broke and I don’t get any money for this.