The Meaning of the Markings

Lisa Posted on October 31, 2021 Posted in poetry No Comments 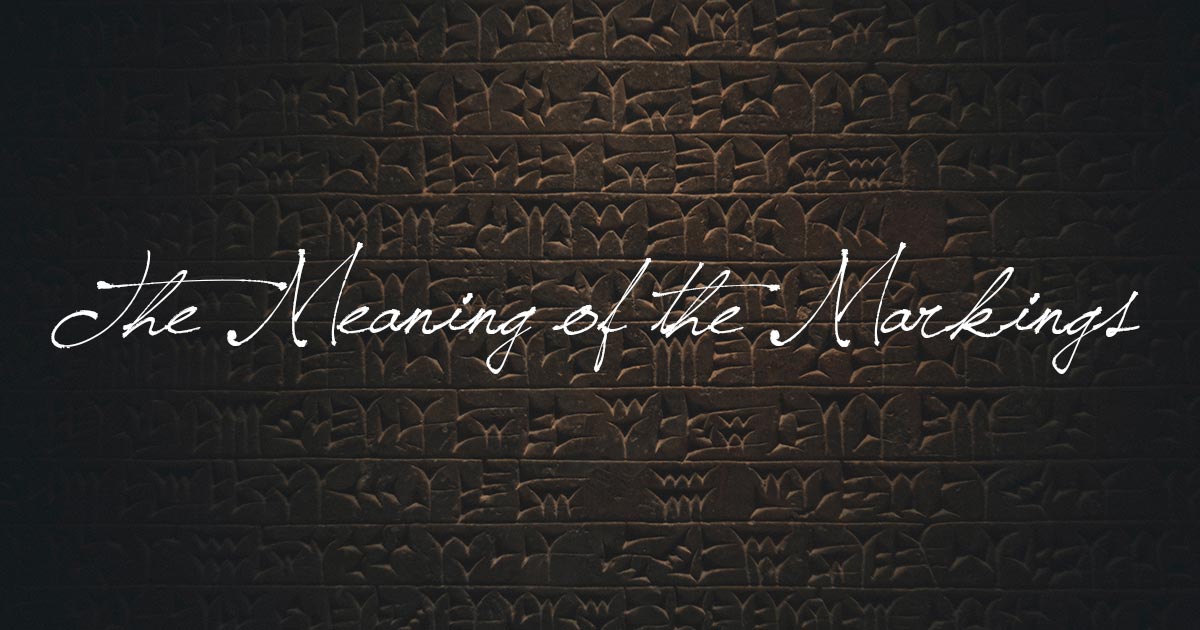 It’s a good thing it’s almost time for the November Poem a Day challenge again; I need a new set to pull from for publication.

This one was written for last year’s challenge to the prompt “The Meaning of.” Having the opportunity to write poetically about Eldritch horror, of course I seized it. This time it’s about some archaeologists who stumbled into an ancient city and found a plaque containing mysterious scratchings that they could not read.

The Meaning of the Markings

“These scratches must mean something,” Dinah said.
“There are too many to be meaningless.”
Her partner, Robert, shrugged and shook his head.
“Just shipping records. That would be my guess.”
She nodded, but kept looking, still confused.
“There’s something that’s just different about these.
They’re nothing like the tablets Hittites used.
And what’s that up there? Almost like a frieze
With creatures unlike what I’ve ever seen—”
“We’ll translate it eventually, I’m sure.
Let’s get the brush and water—make it clean—
And Robert smiled and led her out the door,
Not knowing that the plaques had much at stake—
A chant to cause the Evil Ones to wake.

Photo by Egor Myznik on Unsplash