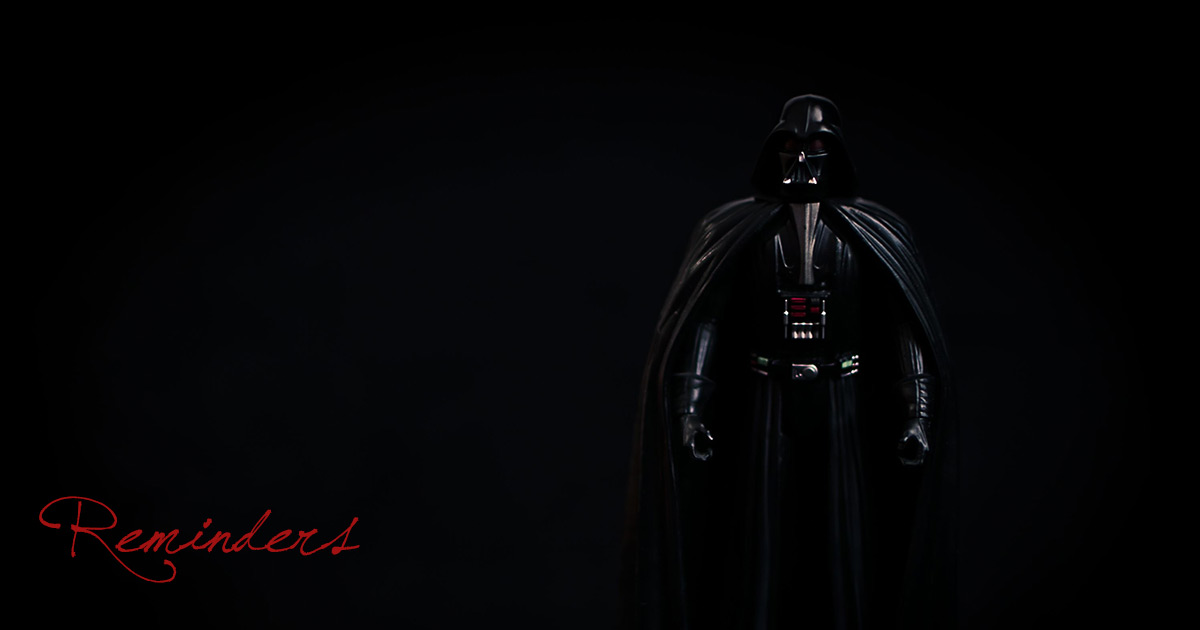 I’ve always been a Star Wars fan, but last year my nerdity increased dramatically, mostly because I started using my treadmill while the gym was shut down, and watched through The Clone Wars while walking on it. One of the great things about The Clone Wars is that it actually developed things like Anakin and Padme’s relationship and Anakin’s descent to the dark side; in fact, when Vader appeared in Rebels,  for the first time I actually thought of him as Anakin Skywalker.

Today’s sonnet delves into his mind as Vader in the original trilogy, and was written for the November Poem a Day challenge to the prompt “Tell (blank).” I may have taken liberties on the exact quote; we’ll call it poetic license.

“Now Princess, tell me where the rebel base
Is located.” Darth Vader watched the girl.
She squirmed a bit, but courage filled her face.
Even in anger, her eyes flashed like pearls—
The pearls that Padme used to love to wear
When she threw parties back on Coruscant.
The were in nets—she wove them in her hair—
So elegant, and yet she didn’t flaunt
Her wealth or beauty like some others did—

—why did this senator from Alderaan
Remind him of his wife? Why did this kid
Bring back the memories of days long gone?
“She is too stubborn, Vader,” Tarkin said.
“Like Padme,” he thought. “Lovely, stubborn—dead.”

Photo by María Ten on Unsplash