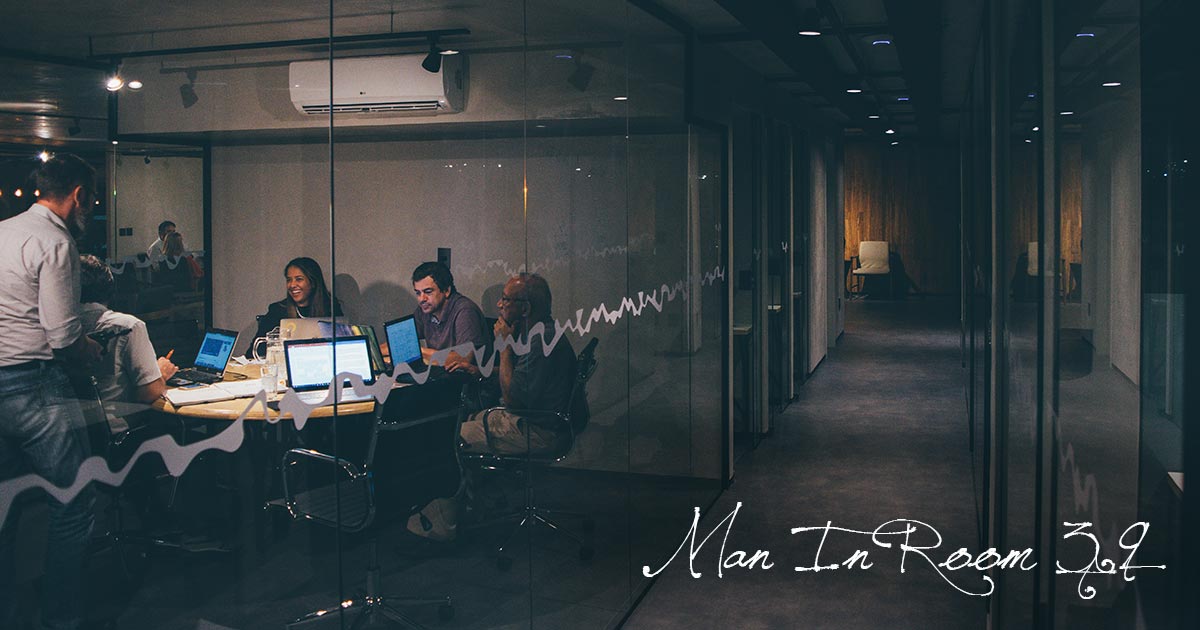 It’s November, and I’m once more doing a Poem a Day challenge, this time using prompts by the Poetry Pub. Yesterday’s prompt was to write a poem using the title of a song. I chose The Arcadian Wild’s “Man in Room 39,” which I deeply love for many reasons… but it also bothers me.

First, though, you should probably listen to the song. (Apologies for the art on the video; there wasn’t an official version.)

Again—I deeply love this band and this song (and had the privilege of attending an Arcadian Wild concert this week). But I *am* annoyed by the common sentiment that office work is always drudgery. You get it here; you get it in Pixar movies and Disney shorts. The first trailer for Soul especially cracked me up… it features a guy basically swiping his work desk clean and asking what he’s doing with his life. Technically that character was a hedge fund manager, but even so, every time I see it, I think to myself: you scriptwriters realize that the people actually coding your movie have desk jobs, right? Like, it wouldn’t get made without them?

Anyway, I wrote this poem as a rebuttal to all of that.

The man who has the desk right next to mine
Does not seem to have any career goals—
Keeps taking off his shoes to “free his soles,”
here in accounting office 39.
I tell him all the time to find a job
He’d actually enjoy, like botany.
Apply as a park ranger, and feel free!
But no, he’d rather sit and mope and sob.
Now me, I love the music numbers make,
The satisfaction found making Excel
Bend to my will, like some great magic spell,
And still enjoy a weekend by a lake.
There’s no such thing as a mere lowly clerk
If you can find the meaning in your work.

Photo by Mario Gogh on Unsplash