Lisa Posted on August 8, 2021 Posted in poetry No Comments 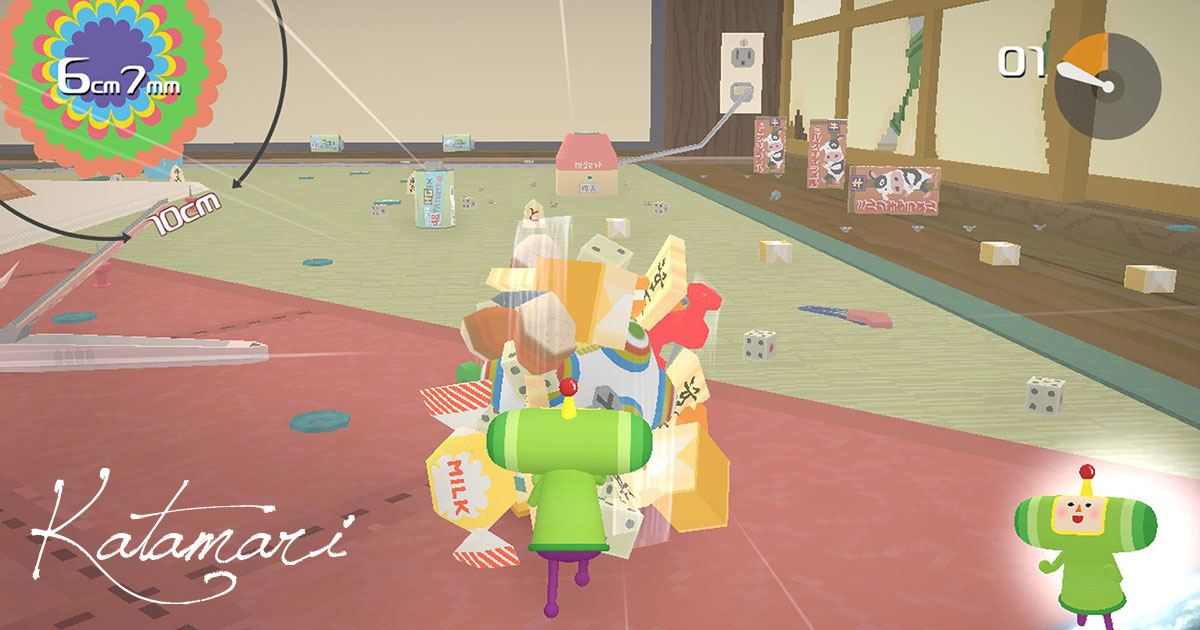 I was looking in my archives for a ridiculous poem to publish today. I chose this one because even I was taken aback by the surprisingly serious turn.

I wrote this when the Katamari Damacy games were probably in their heyday. I was definitely playing the original one at the time and loved the absurdity. The King of All Cosmos goes on a bender and loses all of the stars; you have to roll up objects on a sticky (or magnetic) ball to replace them. You start out with things like thumbtacks and candy and ultimately roll up entire buildings and mountains. Nothing is immune. I was also in the middle of grad school at the time, dealing with all of the chaos that went with it. Friends were getting married; a few were moving away; school was stressful; the future was uncertain. Katamari Damacy was soothing—rolling up debris, cleaning up as much as possible. Katamari Damacy was a problem I could solve.

This brings us to the central twist. To be honest, at this point I don’t remember all of the details of the situation. Basically, in the 70s there had been a revolution in a corrupt country and the tides of power shifted, and in 2007 the tides of power shifted back. Anyone remotely connected to the revolution was tried as if they personally executed the president. The day I wrote this, there was a call for one of those men to be deported from Canada for his execution.

What can you do in the face of deep injustice? Often, it’s not much beyond thoughts and prayers and supporting international justice organizations. And, if you’re me, playing video games until all the bad feelings are rolled away in a blissful cloud of ignorance.

Katamari Damacy proves
An excellent distraction
From such realities
As schoolwork
Unhappy fish
Bad sequels
Moving friends–
And sad realities
Of the unfair sentencing
Of the father of a good friend’s friend
And impending deportation for
A crime he did not commit.
Katamari, please roll up
This detritus in my life…