Lisa Posted on March 21, 2021 Posted in poetry No Comments 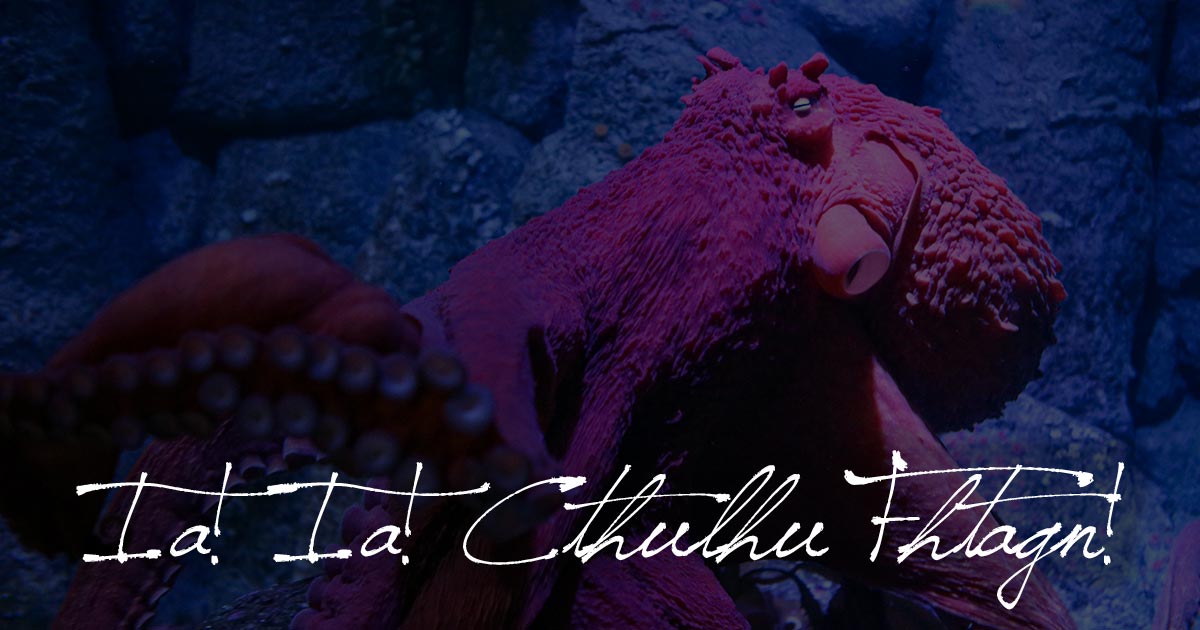 I was introduced to the Cthulhu mythos back in undergrad and fell in love with it for its ridiculousness. The concept is that there are a number of elder gods—basically kaiju aliens—that once inhabited Earth and will someday come back to destroy us all; dutiful worshippers, if I understand correctly, get devoured first.

I mean, what’s not to love about that?

The most famous of these is Cthulhu, a green tentacled thing, halfway between the Kraken and a dragon. Theoretically he still sleeps somewhere in his city Rlyeh deep in the Pacific ocean, and his worshippers shout out things like “Ia! Ia! Cthulhu fhtagn,” which translates to “Hail! Hail! Cthulhu dreams!”

Anyway, I read this in honor of a friend’s birthday yesterday, which I figure is as good a reason as any to share it today.

Beneath the waves, the Old One gently snores,
Dreaming of times before mere mortals roamed
The fertile earth, not knowing what’s in store
For them on Judgment Day. He lies alone
In his accurséd hall, awaiting when
The ancient rites are finished, summoning
Him from his watery tomb. Yes—only then
Will he awaken—monstrous, ugly thing—
To cull the earth before it is aware
Of what the danger is—of what’s at stake.
He’ll fill the world with darkness and despair:
A nightmare from which no-one can awake,
Filled only with the blasphemous obscene—
“One day…” Cthulhu murmurs in his dreams.

Photo by Brent Storm on Unsplash