On Friday, March 12, my Grandma passed away.

It was sudden, but not unexpected. She was 90, and her body had been failing for several years. She was dealing with vision loss and had experienced several fractures from falls and survived COVID last spring and had other health issues, some of which I know about, and others I don’t. She had been in hospice care for several months, which was more about deciding not to take her to the hospital for the next physical issue than it was about her being in the process of actively dying. That her body decided to completely fail within just a few days with little real warning was a surprise all around, but as of now (Friday evening, as I write this), grief-wise, that’s the worst of it: the suddenness, and the odd limbo of preparations for her cremation and emptying her room. That, and the realization that I don’t have any living grandparents anymore.

Does that sound calloused? I don’t mean it that way. The truth is that, in cases like Grandma where the cause of death is prolonged illness or old age, you simply do most of your grieving beforehand. I did most of mine back in April 2020, when she was diagnosed with COVID. At the time I assumed it was a death sentence, but she wound up being more or less fine. Still, that was the moment where the prospect of her death became real, and I wrote this poem to work through my feelings.

For the record, I was able to do a window visit with her in November. This wound up being my last time seeing her, partially by design. It was a good visit, though brief—just some light chit-chat and some final I-Love-Yous. I walked away from that visit realizing that it would work well as a final memory of her, especially if I couldn’t make it into the room due to restrictions. I wish things were different for many reasons, and I’m very grateful that my mother and her siblings were allowed to take shifts over the last month or two and spend time in the room with her… but as one of 13 grandkids (including spouses), with 7 great grandkids running around (by which I mean I was not the closest grandchild to her), I will also acknowledge that choosing my last memory of her was a fantastic privilege.

She always likes to call me “Leeser-Lou,”
And hold my cheeks and give me a big kiss.
She always has a perfect perm hairdo.
She looks forward. She doesn’t reminisce
Much when I am around–or I don’t hear
What she attempts to say. My own lifestyle
Is vastly different, and, when I am near
Enough to talk, I can’t do much but smile
And nod and ask about the weather. What
Else do we have in common My whole world
Is in a sphere that she has never thought
About. And so I hug her, hold her curled
Head up next to my heart, and hope she knows
That though I don’t have words, I love her so. 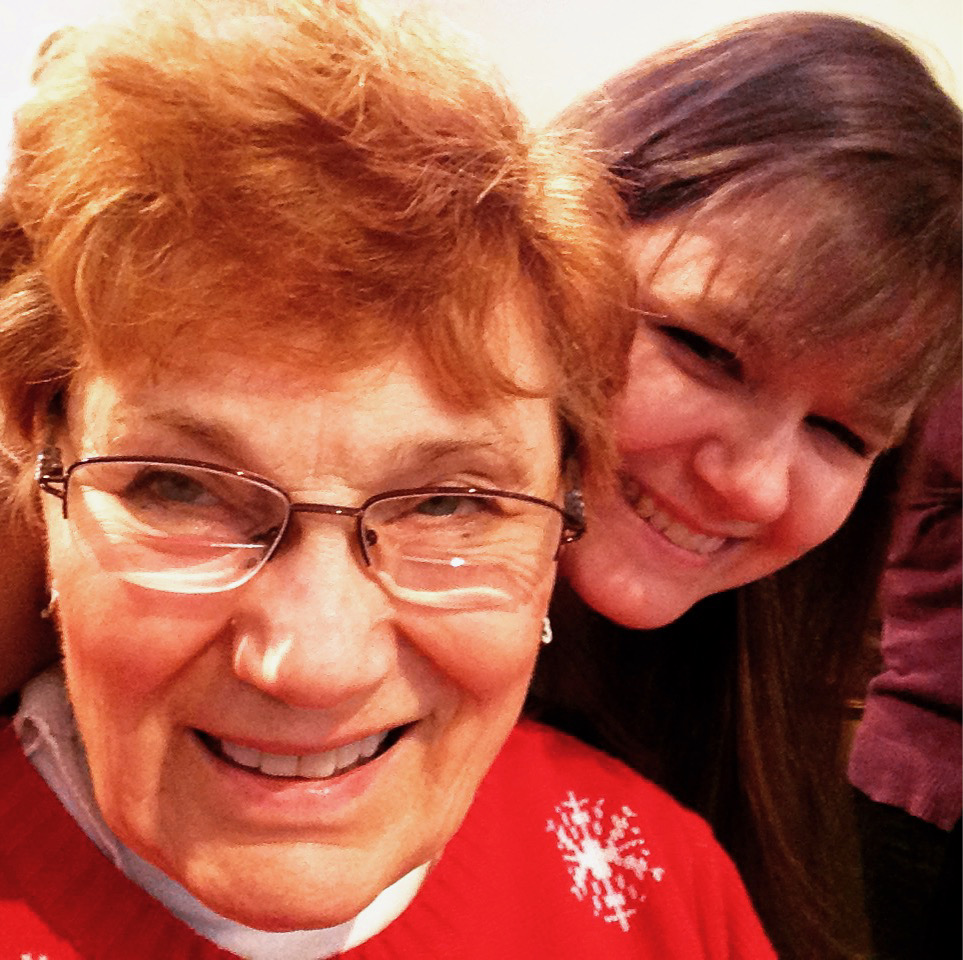