↓ Skip to Main Content
Home › poetry/">poetry › At the Parthenon

Lisa Posted on June 13, 2021 Posted in poetry No Comments 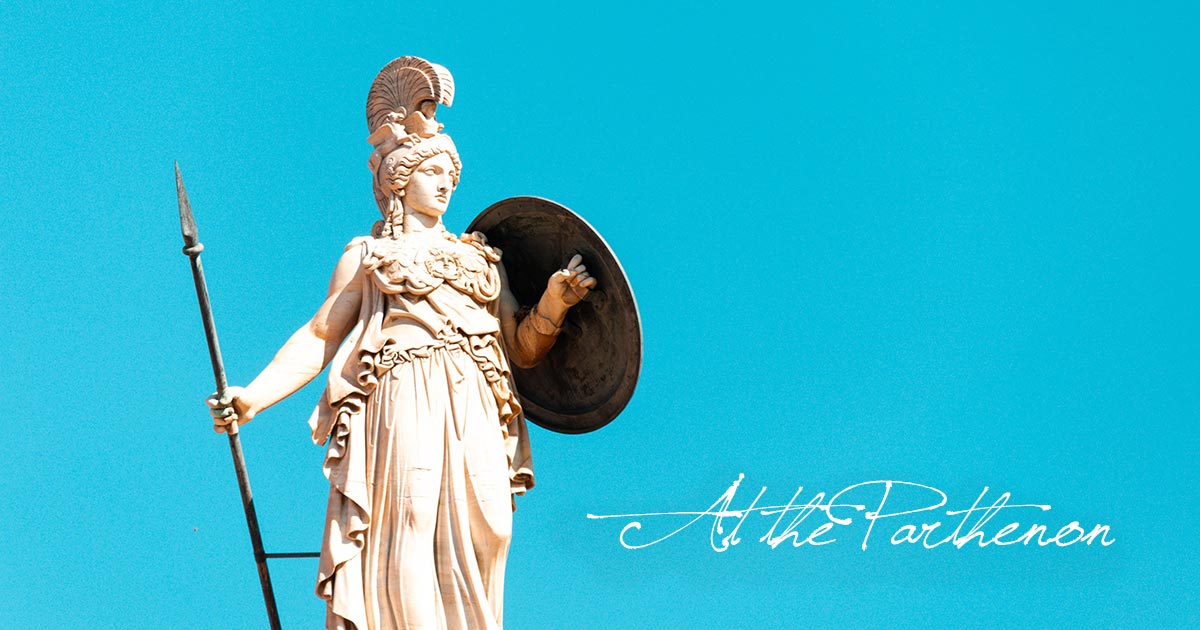 I’m posting this today in honor of the fact that I’m something like 2/3 of the way through Assassin’s Creed Odyssey. Back in 2014, after my first Hutchmoot, I spent some time exploring Nashville, and wandered through the Parthenon. If you haven’t gathered from my poetry, I’m a little bit of a nerd about ancient Greece, and in fact minored in “the Classical Tradition” in undergrad. More of my nerdity has come from reading the primary sources I kiiiiinda skipped when they were assigned in undergrad; for example, I have strong opinions that Socrates was guilty of corrupting the youth based on his treatment in Thucydides and Aristophanes and a little bit of extra history (and AC Odyssey has not dissuaded me). But I also remember picking up various details about the deities from class lectures, which have enhanced my enjoyment of the

Anyway, all of this is to say that sitting at Athena’s feet in Nashville felt almost like a religious experience, which I suppose was the intended effect. I wrote today’s poem while staring up at her, shaking my head.

I stand now, at the feet
Of the gods and goddesses of old
Whose golden-plated splendor
Crowned the earth, and at whose feet
The men and women fell
In wonder and in worship.
Splendid Athena,
Who guided Odysseus home.
O virginal queen of wisdom,
Your hand has faltered
And your people are silenced.
Your temple was built by human hands,
And what man hath built
Man may destroy.
Warrior god of Athens,
Who can save you now?
Protector of the snake,
It has bit your heel
But you cannot crush its head.
O Pallas Athena,
Your triremes lie far beneath the waves.
Your people falter.
Can you now awake?
Can you guide them into sophistry?
Can your words echo through these marble halls?
I defy you—speak,
Else sink into the dust of memory
With Astoreth and Baal,
For only a living temple,
Only the unknown God
Whose name was declared in your streets—
Only this God still breathes.
So let them build
Their forty foot statues,
And let them bow to Nebuchadnezzar
At the sound of timbrel and lyre.
There is yet a god
Who cannot be contained
By mere flappings of plaster and gold.

Photo by Hert Niks on Unsplash