Lisa Posted on August 9, 2020 Posted in poetry No Comments 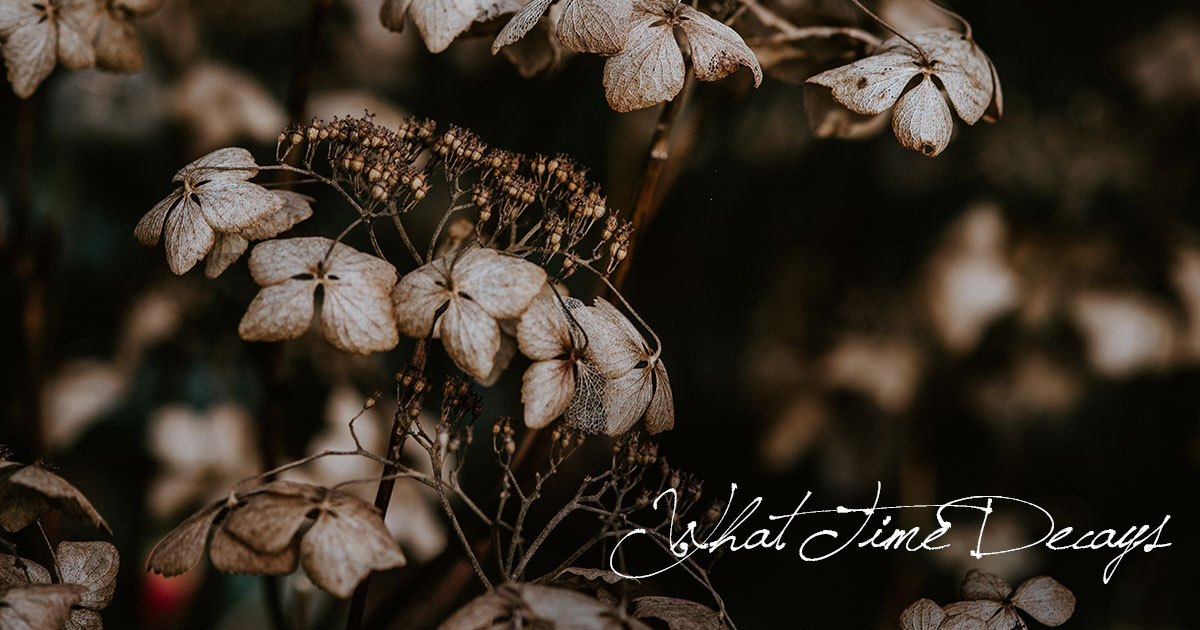 I wrote this only three months ago, and I’ve already forgotten what inspired it.

It was probably a combination of things. Deep cynicism about COVID-19, maybe. Or advertisements—I’ve been getting a bunch of ads for subscription services to Monthly Boxes o’ Junk, and at least one of the boxes was selling some Revolutionary Face Cleaner—Normally a $99 value, but you can get it and a bunch of other garbage you won’t use for just $49.99! So maybe I was just irritated at those ads.

The most obvious influence is Shakespeare, and specifically Sonnet 65, which at one point I had fully memorized. Some of the lines distinctly echo it: the “time decays” line is directly from there, and even just the word “mortality” and the overall tone makes it feel like a call-back. Plus there’s the fact that I was apparently in a Shakespeare mood according to Goodreads… several of the books I read around then heavily referenced him, and I outright read Macbeth a few days after writing this.

Anyway, have a Shakespeare-heavy sonnet. Whether this one will “shine bright” in “black ink” against “the wrackful siege of batt’ring days” like Shakespeare’s sonnet is another question entirely.

What proof have we against mortality?
What exercise can give eternal life?
And what incisions of the surgeon’s knife
Can add to normal life expectancy?
The Fount of Youth does not prolong our days.
No herbal teas can add even an hour.
Humanity just does not have the power
To reinforce—by much—what time decays.
Why do we strive to live beyond our years
Over enjoying these few ones we have?
Instead, we seek out serums, healing salves,
To find eternal life and quell our fears
That one day we will die, and we will face
A Judge—and have to throw ourselves to grace.

Photo by Annie Spratt on Unsplash