↓ Skip to Main Content
Home › personal/">personal › The Road to Uganda 5: Forgive Me, Father

The Road to Uganda 5: Forgive Me, Father

Lisa Posted on March 1, 2020 Posted in personal, poetry No Comments 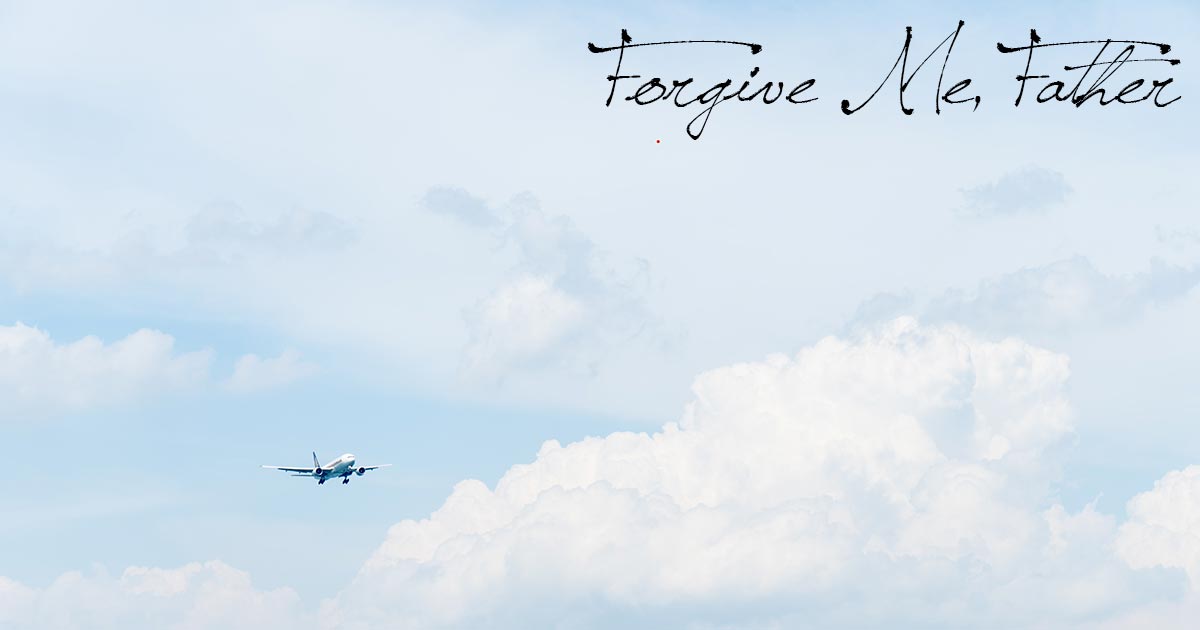 I’ve been reminiscing about my previous missions trips sporadically for a couple of reasons, but my main goal is to show what God did in my own life through missions trips so that you will be motivated to pray that God will work in a similar way in the lives of the teens going to Uganda. And if I ever talk about the trip being life-changing, I’m almost guaranteed to be talking about the feelings surrounding today’s poem.

That first trip, which happened immediately after I graduated high school, was a month-long trip to Mexico and Guatemala with an evangelistically-focused organization whose name I will not mention due to respectful disagreement over methodologies. The first week of that training was held at the organization’s home base in upstate New York and involved learning songs, skits, and magic tricks in order to put on shows for local children and do street evangelism. (We also had lectures; in case anyone is wondering, the rules for dating “Biblically” at that organization in June 2000 were “no physical contact,” “don’t be exclusive,” and “develop life-long friendships – don’t actually date”). By the end of the week we were all set with our Proven Methods to Win Souls to Christ™. Me, I just wanted to get the next part of the adventure started.

It was in the airport at La Guardia that the last of my resistances came tumbling down. I just wanted to wait patiently to board the plane. My teammates, on the other hand, were already eagerly evangelizing to people at the airport. Calvin in particular came back to our gate, smiling eagerly and telling us all about how he led some young kid in the Sinner’s Prayer and gave him a Gideon’s New Testament.

That was it. That was the straw. If I wasn’t eager to share the Gospel, could I even call myself a Christian?

Now, of course my understanding of spiritual giftings has matured significantly since then. While all Christians should be ready to share the Gospel, it is safe to say that Evangelism—the Spirit-led, Spirit-empowered ability to go up to basically anyone at any time and preach the Gospel— is not one of my spiritual gifts. It may very well have been one of Calvin’s. Still, that was the existential crisis God needed me to have in that moment.

On the flight down, I was assigned a seat between Barb (our 60-something dancing-is-vertical-sex-believing nurse) and Calvin. I don’t remember the exact timeline of that flight. I do know that a few things happened. One, by either the grace of God or by her wisdom to not get involved, Barb was either asleep or faking it for most of the flight. Two, at some point, I wrote today’s poem, which is probably the most personal poem I have or will ever post. Three, at some point, I started crying. Four, at some point, poor Calvin was left to comfort me. Five, at some point, he gave me Psalm 32, which was maybe not the most appropriate song for my personal crisis but has been intensely personal ever since. Six, by the end of the flight I felt an intense joy and relief, like for the first time in my life the person of Jesus, and not merely the idea of God, had become real to me. That was the moment that my faith became mine. And although I’ve had periods of sin, I’ve never really looked back since.

And that is what I want for the teens going to Uganda.

Before I share today’s poem, I have a few notes and prayer requests. First, a note about the poem. I say “i remember him” fairly early; I think that’s about a time in elementary school when I prayed with a kid in my class. It’s also worth reiterating that my theology has continued to grow since this moment.

Second, a few prayer requests for the Uganda trip:

forgive me, Father, for i have sinned
i’ve been so religious
i haven’t been true to You
see, Lord, so often i get so trapped
so caught up in the actions
that i forget You are there
that it’s about You
not me, dear Lord.

i remember him, Lord.
i remember failing miserably
because i didn’t want to,
didn’t know how to know You.
i never thought before, Lord,
that my imperfections
that my religion-and-not-relationship
would make me fall
i feel so small.
with him, it was a long time ago,
or so it seems. i wish i had been
better prepared, and i thought i would be
next time. if, that is, it ever came.

and now my next time’s here
and i don’t know why i didn’t
even try to get ready. oh God,
i need You. i know that now.
it’s so hard, though, to
show that need to You
to admit that, for eighteen years,
i’ve been living in a lie.

and that’s all life is
without You, Lord, and
all i can ever dream
of when i reach my home with You
is a pat on the shoulder and
maybe a smile and wave from friends,
but You, Salvador, You Are
the only friend i ever need.

i, like peter, have forgotten
i, like he, have denied
i, worse than he, have
lost my head for so many years
i nailed Your hands so many times
kept You out of my heart.

how many chances did it cost me?
how much blood is on my hands?
how many souls would i have won?
forgive me, Father, i have sinned.

Photo by Chun on Unsplash