Lisa Posted on October 18, 2020 Posted in poetry No Comments 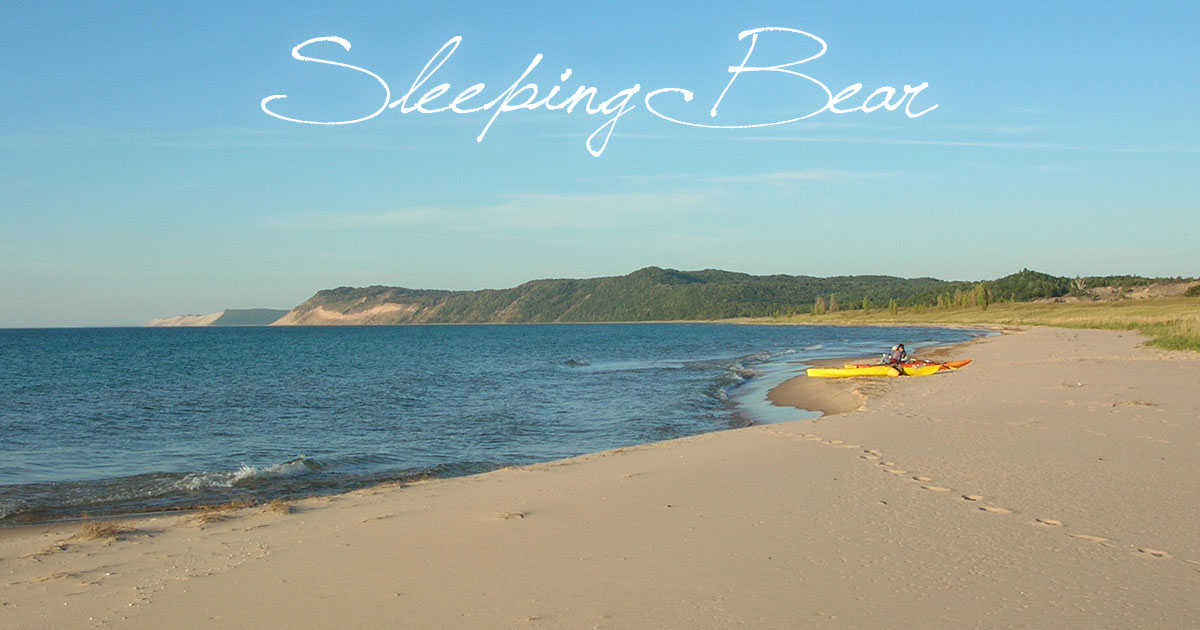 Sleeping Bear Dunes, located far north on Lake Michigan, was declared a National Lakeshore 50 years ago this Wednesday, October 21. I haven’t gone there in decades—probably since Middle or High School at least—but still have fond memories of climbing the dunes (and probably more appropriately, rolling down them again). It’s also worth noting that the legend of the Sleeping Bear is one of the few Native American myths I know. I retold it last November during the Poem a Day challenge, and I present it here to you today, in honor of the anniversary.

Across the inland sea, the fire raged.
The forest was consumed by flame and smoke.
Within her den, the bear mother awoke.
She fled, leading her cubs, small and afraid,
Up to the endless shoreline. There was no
Path of escape but to swim ‘cross the sea,
The mother, full of fear-fueled energy,
Leading the way. But her poor cubs were slow
And weak, and could not handle the great lake,
And drowned just shy of the far-distant shore,
Where their mother awaits them evermore.
The Spirit saw her—caused the Earth to shake—
And raised two islands to commemorate
Their deaths, and their poor mother, who still waits.