Lisa Posted on November 8, 2020 Posted in poetry No Comments 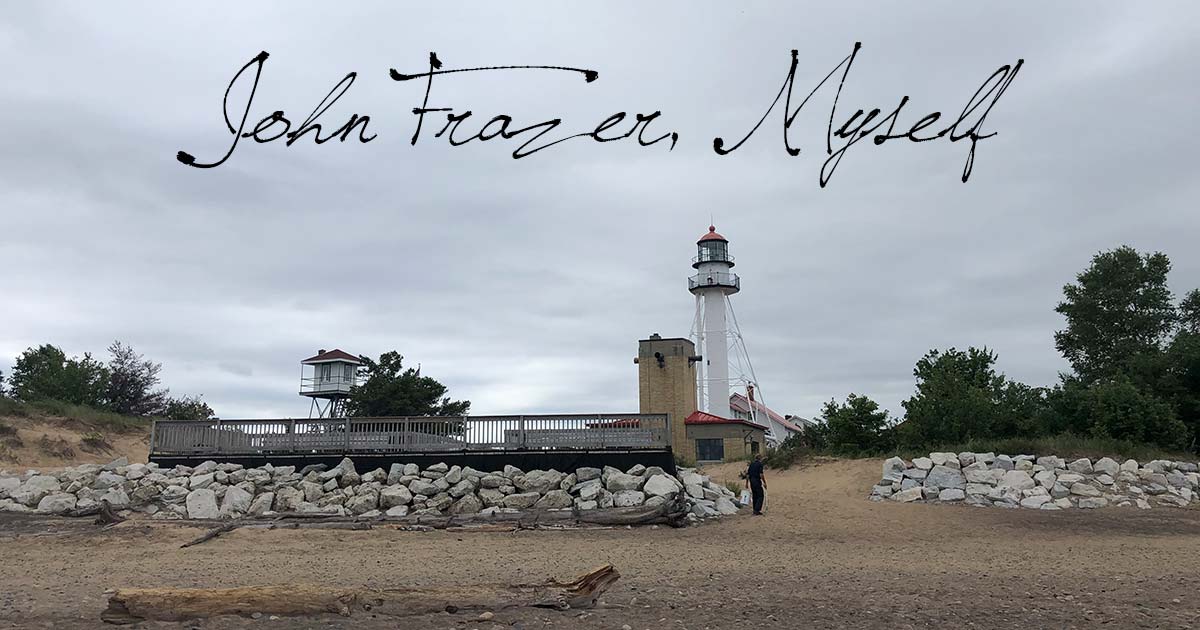 I took a mini-vacation up to Whitefish Point (pictured) this year—home of a key lighthouse on Lake Superior, as well as the shipwreck museum that houses artifacts like the bell from the Edmund Fitzgerald. Thanks to my family’s tradition of playing the Gordon Lightfoot song every November 10 in its honor, I am familiar with its story, but less so with the stories of other shipwrecks on the Great Lakes which were also highlighted at the museum.

So, before I left, I purchased myself a book from the gift shop: Great Lakes Shipwrecks and Survivals by William Ratigan.

I’m almost done reading it, and it’s been fascinating to read the often-heartbreaking tales: ships that just disappeared off the map, ships that foundered inside the harbor to tragic results, sailors who somehow survived days in the water. While the Edmund Fizgerald gets all the notoriety these days, it just happens to be the largest and almost the most recent of all the commercial wrecks (a charter boat sank in 2000). Plenty of other shipwrecks resulted in loss of life far greater than the 29 men who went down on November 10.

This poem, written just a few days ago on the prompt “_________ Myself” as part of this year’s Poem a Day challenge, is a sole survivor story of the side-wheel paddleboat Sunbeam, which was headed toward Copper Harbor on the Keweenaw when it sank in late August of 1863. Only John Frazer (possibly Fregeau), the wheelsman, survived… ironically, by giving his spot on a lifeboat to a woman and lashing himself to a loose piece of the ship instead. He survived in the water for about a full day before he was eventually slammed against some cliffs and was able to crawl to safety.

What Sunbeam can withstand a northern storm?
I ask myself this every single day,
As if I, by some magic, found a way
To travel back in time, and to re-form
The bright, bold steamer, safe and in one piece,
Before we headed up the Keweenaw
And felt the August storm, like demon claws
Rip us apart. I gave the chambermaid
My spot inside the lifeboat, only to
Watch it be swept away. And I, soaked through,
Strapped to a bit of board, and so afraid,
Drifted ’til I was dashed against the cliffs—
Injured, near drowned, and yet—alone, I lived.