↓ Skip to Main Content
Home › poetry/">poetry › In Heaven, Every Skirt Has Pockets

In Heaven, Every Skirt Has Pockets 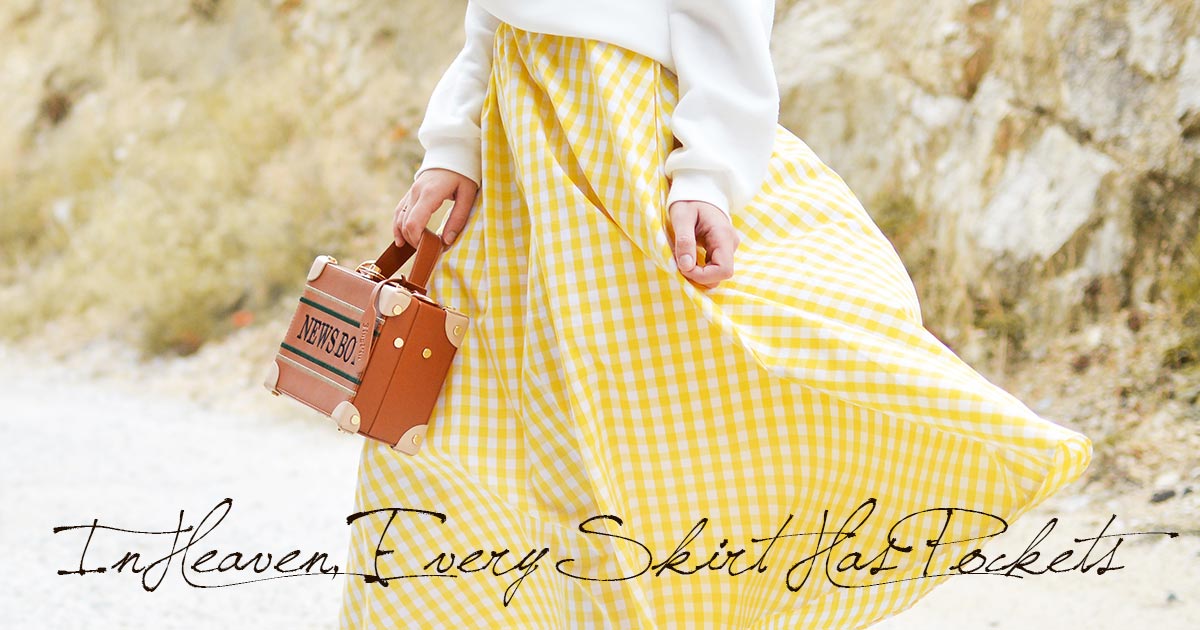 First up: oh hey, I was interviewed for a poetry podcast! You can hear it (and the previous six episodes) here.

In light of the podcast, I debated pretty heavily with myself about what poem to publish today. I thought about revising the untitled, unfinished poem I read on the podcast, and even rewrote it once, but the revised version has similar problems as the original, and I never got around to a third attempt. I also hunted down the “It Smells Like Rain on Tar” poem that I mentioned in the podcast, and it was even worse than I thought. All of the love poems (well, unrequited longing poems) I publish on here are fairly universal; I may know why I wrote them, but they feel generic enough that nobody else should be able to tell. But the Rain on Tar poem was one of an entire notebook of poems that are entirely too personal in their specifics and that I’m not brave enough to share to laugh at their badness quite yet. To be honest, with the exception of one poem that’s sort of worth salvaging, that particular notebook could be burned at no loss whatsoever to anyone, even my own personal sentimentality.

In the end, I settled on today’s poem because it seems to match the same blend of weirdness and seriousness in the podcast interview. The origin is actually the Uganda trip as much as anything. In Uganda we’ll have to wear long skirts in the village; despite my hatred of skirts, my reaction was to sigh heavily and order five wrap skirts, not realizing until after they arrived that by virtue of being wrap skirts, they don’t have pockets. Still, I figured I’d keep them, and have even been wearing them intentionally periodically to force myself to adapt to the horror of, gasp, having to wear one for two weeks straight when we do eventually make it there. Still, I vastly prefer jeans, and I strongly suspect that, as this poem posits, I’ll be allowed to wear them daily in Heaven.

In Heaven, Every Skirt Has Pockets

In Heaven, no-one’s forced to wear a skirt,
And every skirt is full of pockets deep
But, if you want, you can just wear t-shirts
That never wear out, or look or feel cheap.
The dresses, slacks, and jeans fit perfectly,
And cargo pants are made for women too.
All garments are of finest quality,
All tailor-made: a custom fit for you.
In Heaven, no-one judges what you wear,
For everyone who’s there’s a holy priest;
So every outfit’s holy—soft and fair—
And everyone’s dressed richly, great and least—
And every cut of clothes is purified,
Given by Christ unto his radiant bride.

Photo by Tamara Bellis on Unsplash