↓ Skip to Main Content
Home › poetry/">poetry › Sonnet Sunday: Concerning Nate the Snake, or, a Moral for the Edification of the Reader

Sonnet Sunday: Concerning Nate the Snake, or, a Moral for the Edification of the Reader

Lisa Posted on April 7, 2019 Posted in poetry No Comments 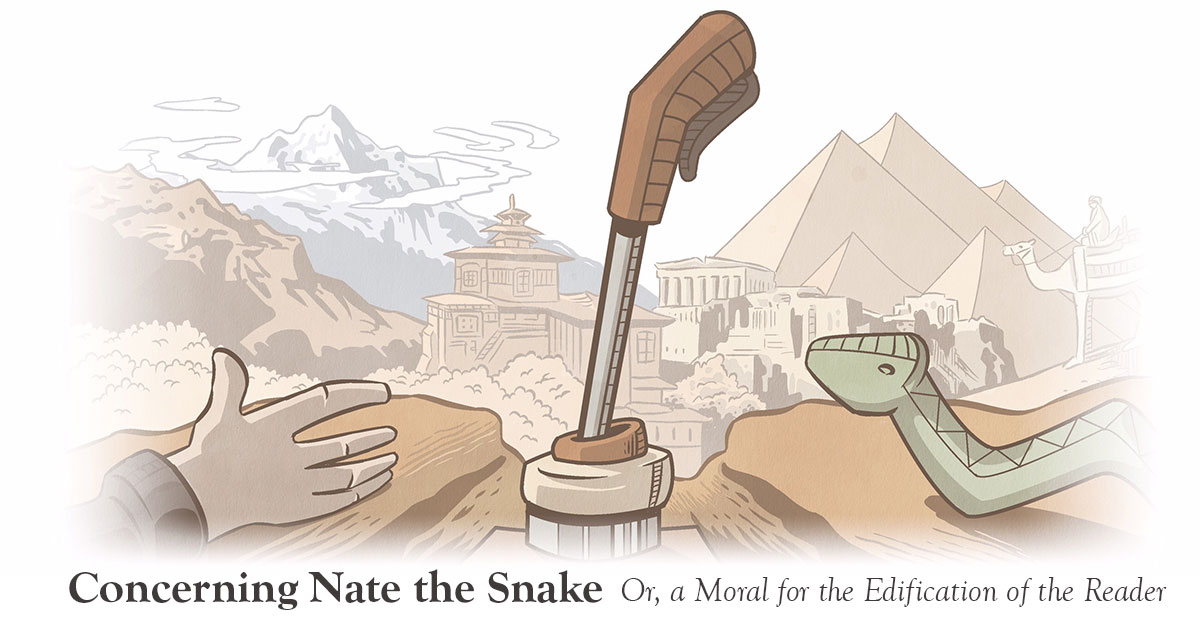 Today’s sonnet won’t make sense unless you read The Epic Tragedie of Nate the Snake.

Granted, it may not make much sense even if you have read it.

Both of these poems are being posted entirely for my own gratification and entertainment. They’re largely products of my training in English Lit. Nate the Snake is a heroic epic—my tribute to a dumb joke I heard multiple times, and only got more ridiculous in the retelling. Today we have the poetic apology; a mock justification of my mock epic.

Are these poems as exciting to anyone else besides me? Eh, maybe not. But I have to display my cheesy side every once in a while.

Don’t worry. I’ll be back to serious sonnets next week.

or, a Moral for the Edification of the Reader

The point of Nate the Snake is to improve
With each new telling, with each passing time.
It shouldn’t be consistent. Shouldn’t rhyme.
Instead, every new telling ought to move
The audience to further joy and tears.
It really is the tale of every man
Each child will write of Nate the Snake in crayon;
Each woman’s heart will learn it through the years.
Believe or not—it’s more than just a pun
Created by some random college dude
Who wanted some new joke that wasn’t lewd—
It’s allegorical for everyone:
And everyone who tells this joke to friends:
They’re really telling how their life will end.