Sonnet Sunday 104: Reflections from a Dock in Jacksonville, Florida

Lisa Posted on June 16, 2019 Posted in poetry No Comments 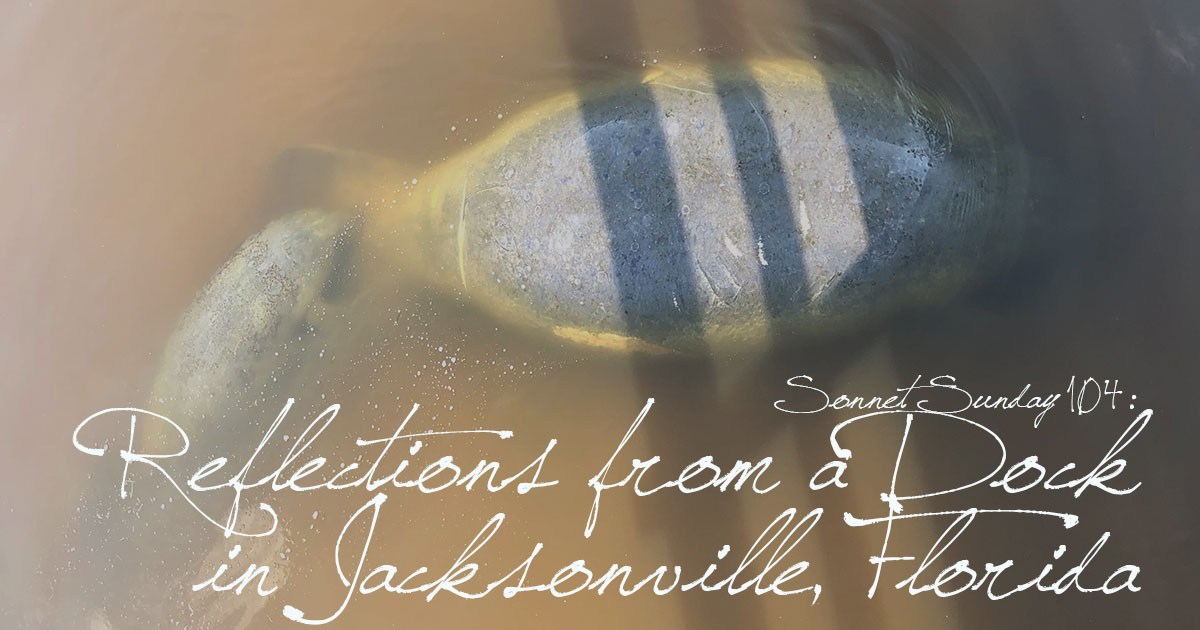 Today’s sonnet is pretty self-explanatory, and the title explains pretty much everything you need to know about the context. The only thing I’ll add is that the lump referenced was neither alligator nor rock. I was literally writing this poem when I looked up and saw something moving slowly in the water on the St. Johns River. Eventually—and I mean after 10-15 minutes—it finally got close enough to reveal itself as a manatee and baby, as pictured above. Which made me super excited, but when I pointed them out to a local fisherman, he just said “Aww, ain’t that cute” in a completely unimpressed tone and then casually mentioned that pods of 20 or 30 came down the river all the time.

Whatever, man. It was still cool.

Reflections from a Dock in Jacksonville, Florida

I think I have for

gotten how to sit
In quiet solitude, without my phone
No-one to snark at, nor to hear my wit,
Just me, myself, so silent and alone.
I fill my heart and mind with manmade things,
With Facebook, Instagram, and Twitter too,
When right outside, all of creation sings—
Things that would leave me refreshed and renewed—
And so I lay here, on a St. Johns dock,
Enjoying how the waves lap on the trees.
Is that an alligator, or a rock?
Nature: God’s bounty to “the least of these.”
Too often, times to sing God’s praise pass by:
And so, instead, creation g