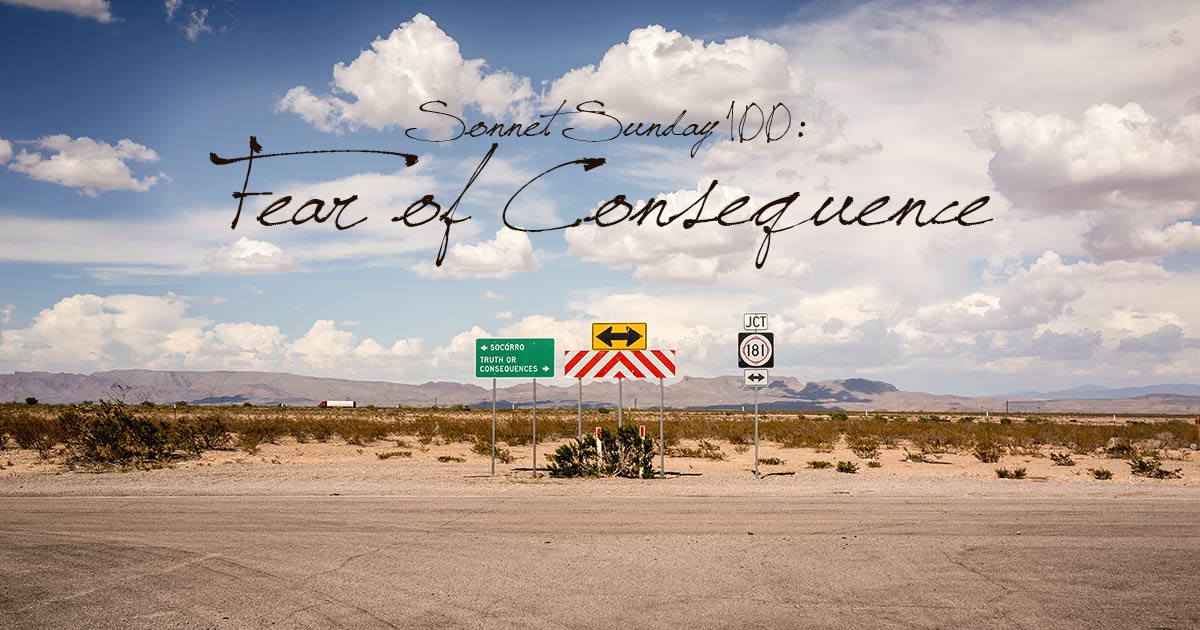 I’m publishing this as “Part 1” of a thematic two-parter. They weren’t written to go together; in fact, there were almost two full years between them. But thematically they seem to work well together.

According to the definitive authorities of online tests and meme sites, I am an INTJ/Enneagram 5/House Ravenclaw, which means I like to isolate myself in my little fortress, away from people. I’ve often said that I probably come off as more extroverted than I actually am, mostly because living alone means I have plenty of time to recharge. It also means I have to push myself to put myself “out there” in unfamiliar social situations. And when I do, I often second-guess myself majorly. Today’s sonnet is about one of those occasions.

It was also spurred by that day’s sermon, apparently. In the notebook’s margins are notes like “Hagiography—you’re never getting a 100% true version of what happens. Every account is biased or embellished in some way” or “Live in the present by anticipating the future” or “Every time you are not fighting, you are drifting.”

And, on the previous page, from the prior week’s message, this sentence of hope: “We will make it home and He will make us whole.”

(Oh, and the situation I was worried about? It turned out fine.)

I’m standing on the verge of a mistake—
In fact, already stepped over the edge—
A choice was made—one that I cannot break—
Just as one cannot step back up a ledge—

But still I have not seen how gravity
May lead these weights I dropped to where they’ll lie.
Will they keep tumbling down, dangerously,
Or will they settle down and rest nearby?

The problem is not that my choice was poor—
It may be awful, or it may be fine.
The problem’s that I opened up a door
And now the outcome is no longer mine—

I don’t know how these things will fall in place,
But I can only rest upon God’s grace.

Photo by Lachlan Donald on Unsplash