Lisa Posted on July 7, 2019 Posted in poetry No Comments 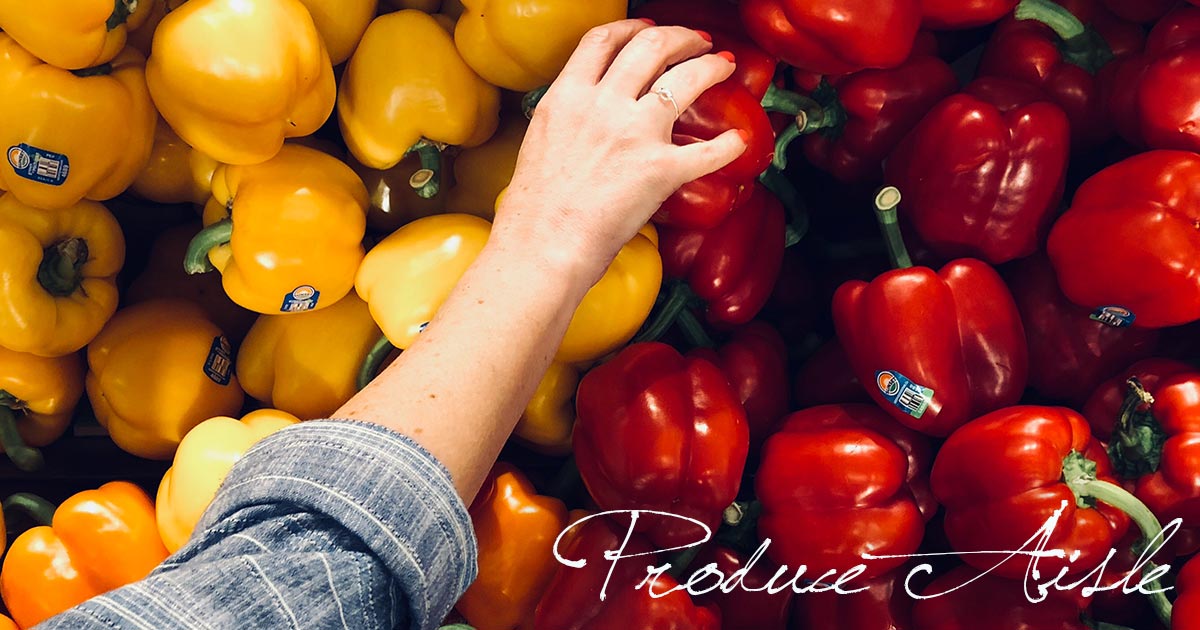 Today’s poem is ancient—by which I mean, I wrote it around 2002 or 2003—but I still have a certain fondness for it. The thing about grocery stores is that sometimes you can wind up inadvertently following someone around the store because you’re following the same overall layout; all I remember is that in this case it was a cute guy. I’m pretty sure I didn’t talk to him. Or smile at him. Or make eye contact. I need help, guys.

For the record, I think this poem appears in one of those pay-to-submit poetry anthologies, where you enter for a chance to win a $1000 grand prize and get published next to anyone else who was willing to pay the entrance fee. Needless to say, I did not win.

it was love at first sight (in the Produce Aisle)
their eyes first met over the heads of Iceberg Lettuce and
their hands first touched while checking over
the Russet Potatoes. he took her out for drinks
(it was their first date) at the Beverage Aisle
(their first kiss was in Cosmetics). by Cereals he had asked her
to marry him (their wedding was in Paper Goods)
(“Today’s Sale: Paper Plates”) and they stocked up on Diapers
for they wanted to have children. they set up housekeeping
by the Cleaning Products (she bought a Mop, and he, Glass Cleaner) but
by Frozen Foods they were fighting (their relationship had cooled)
(she bought Vegetables and Juice while he bought Pizza)
and by the Dairy Aisle their romance had soured
so they got a divorce at the Checkout
and he went back home
and she went back home
and she realized that she had forgotten to buy bread.

Photo by sydney Rae on Unsplash