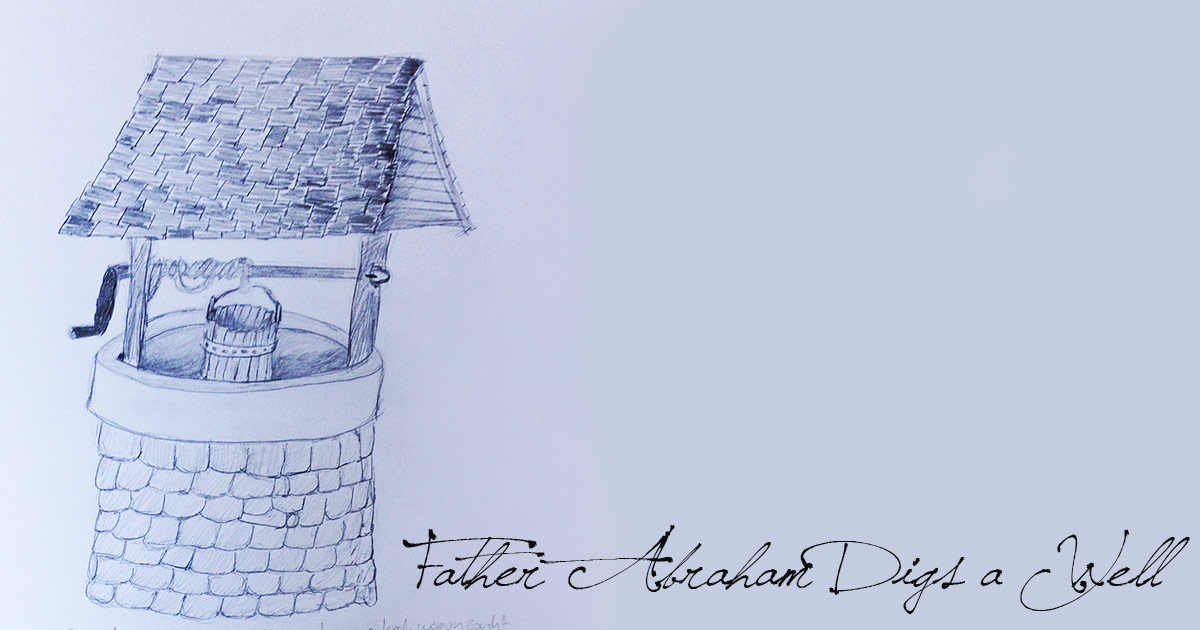 In honor of Hutchmoot this weekend, here’s the sonnet I contributed to that year’s scrapbook. I’m not sure what specifically inspired it—the story of Abraham, and the woman at the well in John 4, obviously, but I couldn’t tell you whether it was a sermon or personal Bible study or what.

I will say, though, that this matches the pattern of the poem mirroring whatever was going on in my life at the time. If 2014’s Hutchmoot was about the white spaces, then 2015 was about refreshment, and digging deep wells via new friendships. More specifically, while I love all my Rabbity friends, there are a small number who I have gone out of my way to foster deep relationships with, and I met three of them that weekend.

One day, our great old father Abraham
Picked up his spade and said, “Let’s dig a well
For all the men and animals who dwell
To find refreshment in this dusty land.

The people saw him digging, and they cried,
“Can such a well of rough-hewn wood and stone
Give drink for all—or even you alone?”
Old Abe—he said, “Well, let’s let God provide.”

Two thousand years—a lonely woman sought
A drink—but there instead she found a man
Who told her, “Drink—and never thirst again—
From living water I have dearly bought.”

Since then, two thousand more long years have passed,
And still, the stone-cold water lasts and lasts.