Lisa Posted on December 16, 2018 Posted in poetry No Comments 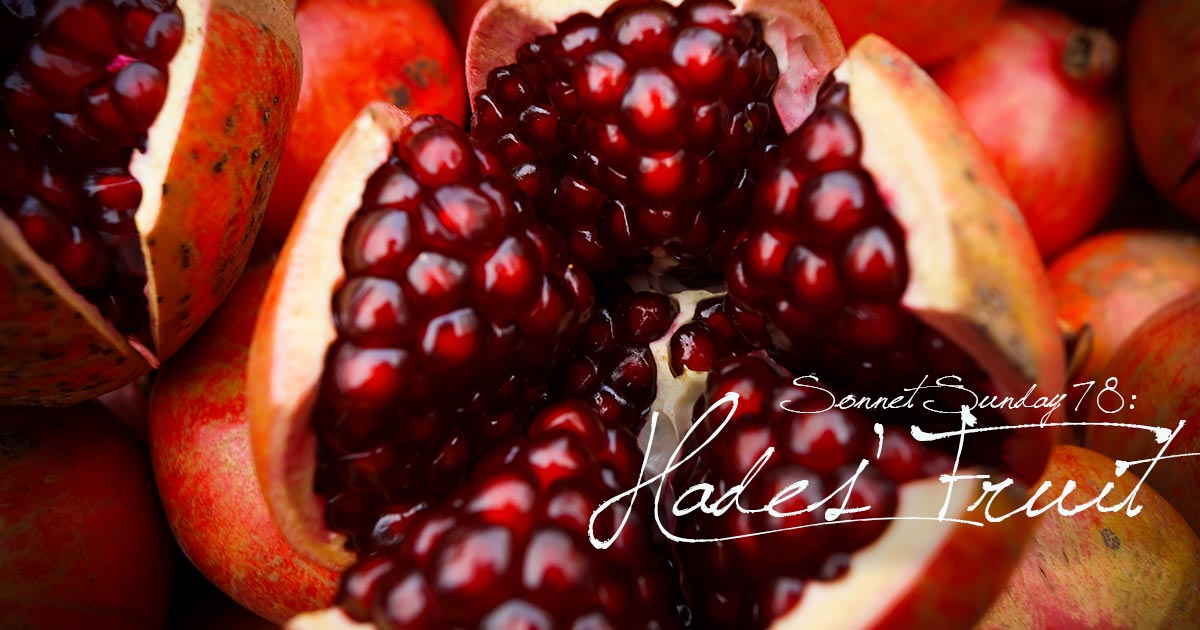 I keep coming back to the myth of Demeter and Persephone in my poetry: a daughter, kidnapped by Hades, forced to stay with him as his wife for six months at a time because she got hungry; a mother who cursed the earth for those same six months because she was separated from her daughter. I think it’s because I have a growing amount of compassion for Persephone. In a moment of weakness, I too have tasted the seeds.

How sweet the bitter fruits of Hades taste
How delicate they trickle down the tongue
Staining lips crimson with a brutal grace:
The juice of sin belies the gall to come.
We wretched addicts of Persephone
Boast ourselves smarter than Demeter’s heir
We dine with danger, sit it on our knee,
And flirt so shamelessly, taking no care
To guard our hearts. Instead, we till the fields
Of pride and gluttony and wrath and lust
And dine—so pleasantly!—on these fruits’ yields
And sell our crops—but ourselves pay the cost.
It’s bad to eat the fruit that grows in Hell—
Far worse to sow and grow the seeds ourselves.

Photo by Arjun Kapoor on Unsplash