Lisa Posted on August 13, 2017 Posted in poetry No Comments 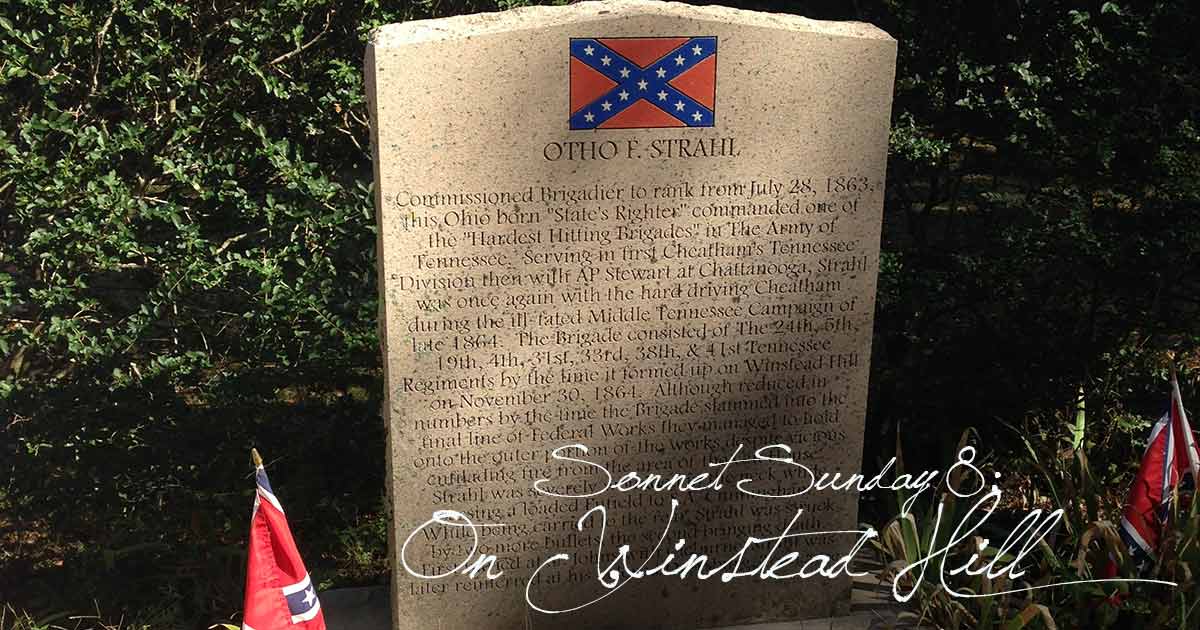 For the second time in two months, this is not the poem I originally planned to post today

I tend to avoid posting about things like politics and world events on social media. For one thing, it’s easy to get fatigued from it, especially since most people just have an echo chamber of nearly identical opinions. For that same reason, I don’t like adding to the noise. I’ll share my opinions in small groups or one-on-one, but otherwise I’ll stay quiet unless I have something unique to add to the conversation.

In light of the white supremacist protests in Virginia, someone posted something to the effect of “If you’ve ever wondered who you’d have been during Nazi Germany, you’d be whatever you’re doing right now.” Whether it’s fair to compare the U.S. to Germany in the 20s and 30s is a separate issue; but regardless, that person did give me pause. What am I doing to speak up about hate? In my head I’ve been (too quietly) decrying those preachers who speak of President Trump as America’s lord and savior with scripture; so what scripture would I pass on to the Neo-Nazis to try to gently point back to the Gospel?

Well, it starts with what Jesus, in Mark 12:30-31 calls the top two commandments: Love God with everything in you, and love your neighbor as yourself. The applications to white supremacists are obvious: is your racism “loving your neighbor”? No, of course not! Stop it!

But the Pharisee, the religious leader who has spent his life devoted to obeying what he saw in the Old Testament about cleanliness and sacrifices, wants to justify his question in front of his fellow Pharisees and asks a follow-up question: “Who is my neighbor?”

And Jesus tells a story. It’s a very familiar one to most of us—the story of the Good Samaritan. But what we forget is that (a) the hurting person is a privileged “racist” of sorts, one who would have considered those from Samaria as ceremonially unclean; (2) the victim is ignored by a priest and Levite (those set aside for the care-taking of the victim’s soul) because, as a bloodied victim, he himself had become ceremonially unclean; and (3) the ceremonially unclean Samaritan is the one who finally takes care of the person who abused and reviled him.

A skinhead was in an accident and was left bleeding on the side of the road. First a pastor came through, but, believing that the skinhead deserved to die and go to Hell, passed on the other side of the road. Next, a professor walked through, but since the professor considered the skinhead’s ideology repugnant, she too walked past. Finally, a black teenager arrived. He called 911 and stayed to comfort the skinhead until the ambulance arrived. At the hospital, the black teenager covered the skinhead’s copay. Which of these three was the better neighbor? Go and do likewise.

Now, how it should play out is, the pastor stops and takes care of the skinhead. He shows Jesus’ love, and eventually the skinhead repents and is saved. Or maybe the professor takes care of him, and they debate science and research methodologies, and the professor helps send the skinhead to college and his worldview shifts. Or being cared for by the black teen opens his eyes to the humans behind the skin color. In all three cases: repentance and change.

But I think what more often happens is this:

…a black teenager arrived, but because he was black and the skinhead was a skinhead, the black teenager feared that when the cops arrived they’d blame or even shoot him for attacking the man, even though he had nothing to do with it. So he ran through, fearing for his life, and left the skinhead bleeding. Finally, another skinhead came through and helped him up and gave him some bandaids to slow the bleeding. “Look at them,” the unhurt skinhead said. “They all hate us. They don’t care if we die. Look at all that gravel they kicked up into your wounds while they walked past. Stick with us, and we’ll make them all pay.”

There’s some support for the theory that President Trump got elected by the impoverished, marginalized white population because he was finally a politician who at least pretended to listen to them. And this interview by Cracked (warning: language) supports the idea: a kid got embraced by the Neo-Nazi crowd when everyone else rejected him, so he became one.

So what’s the cure?

It’s a hard balance, because the racism absolutely needs to be condemned. But we also have to learn how to love the members of these groups as people, created in the image of God, and deserving of dignity. To respectfully disagree and correct, yes. But to do so not under a blanket of hate, but of love.

(As a Christian, I also believe that the only way to do this is by relying on Jesus’ strength, which is why “Love God with everything you are” is listed before “love your neighbor.” But that’s a separate conversation.)

So how do we do this?

This brings me back to Sonnet Sunday.

Last October, I was touring some of the battlegrounds in Franklin, TN. One site in particular was maintained by the Daughters of the Confederacy. As a good ol’ Northern girl, reading their signs and looking at the Confederate Flag waving was more eye-opening than I expected—because of course the Union was on the side of justice and reconciliation, and of course the Rebels were horrible monsters for wanting to preserve their rights to take away the rights and lives of others on the basis of skin color. In short, the Confederacy represented all that was morally reprehensible about racism and slavery. They were the “bad guys” in the Civil War. So why were people still honoring them?

In this particular location there were a number of monuments to soldiers and regiments who fought and fell in Franklin. They were well-maintained; many of the monuments were even new, somewhere around 15-20 years old. They were not forgotten history; they were cared for by descendants of Confederate veterans. Maybe these modern caretakers believe the states’ rights rhetoric about the Civil War, but condemn racism. Or maybe some of them marched in Virginia this weekend.

I was wrestling with these thoughts when I came across a small Confederate flag that had obviously fallen out of place. And all of a sudden, I found myself in a moral and ethical dilemma. How should I treat that flag? Leave it? Spit on it? Set it back upright, where it belonged?

What would you have done?

Though history is by the victors writ,
There are the few, the proud, who hold their ground
Who let their long-lost cause yet still resound
Resolving yet to honor ancient grit
Of men who bled for causes they thought just.
They fought for homes and family liberty
(Although they sought to define who was free);
They fought here—died by musket, saber thrust.
Up here on Windstead Hill there was a flag
Of the Confed’racy, knocked to the earth—
And I, a Union girl of righteous North,
Though tempted, then, to stand and gloat and brag—
I picked it up, replanted it instead,
For my God mourns all his beloved dead.