↓ Skip to Main Content
Home › society › Freedom from what?

Lisa Posted on May 26, 2014 Posted in society Tagged with government, politics, social commentary 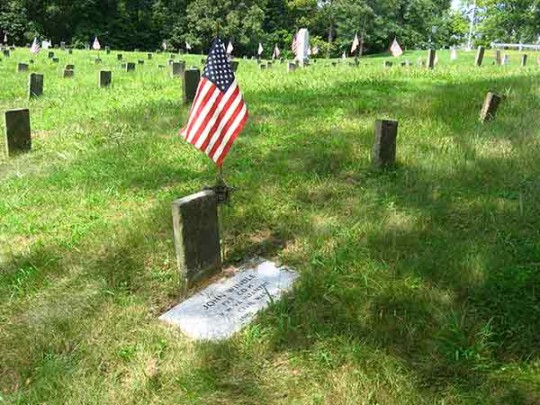 I have a number of ancestors who served in various wars; one ancestral second cousin was apparently married to Benedict Arnold or something; another great-great-great grandfather or so was at Antietam; both grandfathers served in WWII; and from a passing reference in a letter to my grandmother, one grandfather’s father may have served in WWI.

In spite of this, I’m not “patriotic” in that I’m not overly sentimental about the United States in general or the military in particular. Part of it is that after WWII, modern warfare seems less “good-vs.-evil” and more “let’s fight for who gets to be in control” (never mind that terror tactics a la 9/11 are as bad if not worse than the institutionalized evil of Nazi Germany).

I digress. All this to say, in general, Memorial Day to me is what it is to most Americans these days: a day off work and the unofficial start of summer. Sure, Facebook will be full of those posts like, “Remember the people who fought and died for your freedom!” But how many of us just kind of gloss over or pay them lip service?

Which is why, to counter this in my own heart, I’m listing off some of the things I’m grateful to be free from:

Those are just a few things I’m grateful for, and I’m thankful for my grandparents and ancestors who fought so I could enjoy a life of comparative freedom and safety. What about you?

2 Comments on “Freedom from what?”