Does Marriage Advice Bark Up the Wrong Tree? 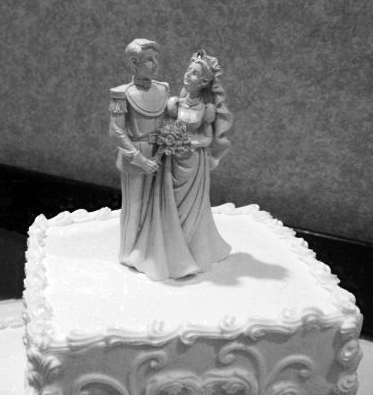 Over the last few years I’ve been hearing a fair bit about the role of free will in choosing a spouse, especially for guys. It’s usually along the lines of, “Don’t worry about finding The One, because she doesn’t exist. Just pick a girl and go with it.” Take, for example, this article called “I didn’t marry my soul mate.” Because apparently not finding The One petrifies Christian Guys?

In fact, I know of quite a few young women who have blamed the Did I Kiss Dating Goodbye? craze of the 1990s for their singleness. Since the book preached that dating shouldn’t be taken likely, these women believe that their dateless status is due to the fact that Christian men aren’t willing to just go on dates anymore.

I’m seriously curious as to whether or not this is a faulty assumption–as in, the reason so many of my female cohorts are still single and dateless is that guys are really looking for perfection. Maybe it is, but I’ve also known a large number of good Christian guys who have gotten married (and frequently just out of college, which is comparatively young). To my knowledge, they weren’t generally thinking as deep as “Is she The One?” More frequently, it was on a more human level: “Is there chemistry?” “Do we believe the same thing?” “Is there some horrible flaw that I can’t live with?” To say that guys should “just pick someone” is kind of insulting for both men and women. It doesn’t control for any variables….like attractiveness to each other, or simply the availability of a person who meets even the most basic criteria, like age, gender, and values.

So, since neither the lazy/immature nor the perfectionist pictures of single men seem to be accurate, what should pastors preach to their single congregants instead?

1. Why singleness is awesome

Did you know that singleness is better than marriage? It’s true. It’s in the Bible. And in 30 years of regular church attendance, I only recall one sermon that spent any time exploring this. Conversely, I’ve heard the “Wives, submit to your husbands/Husbands, love your wives as Christ loves the church” sermon at least 7-8 times.

It’s understandable. Statistically speaking, more people are likely to get married than to stay single forever. But when the Bible says it’s better to remain single, then certainly you ought to stop putting marriage on a pedestal, lest you encourage singles to turn a relationship into an idol.

2. How to not waste singleness

The reason singleness is so awesome is that singles have more time and fewer concerns. This–in theory at least–means it’s easier for us to serve God. However, the practicalities elude us. Should we volunteer in soup kitchens? Serve more actively in church? Or simply pursue friendships with non-believers more strategically? For me, for a year this meant working on a startup. Ever since it sold, though, I’ve been using my time either for growing my friendships…or, more likely, squandering it on my third playthrough of Mass Effect 3. (I want the Level 60 achievement, darnit!)

As a note, Carolyn McCulley’s Did I Kiss Marriage Goodbye? has some good suggestions for single women.

3. How to use your hobbies to God’s glory

As part of this, pastors should spend some time talking about all the ways we waste our time. Sure, pastors already slam on video games. But many people waste just as much time and money on sports or TV or even books. Video games just happen to be the newest scapegoat.

Rather than blaming a particular hobby for delayed marriage, why not talk about how people (single or otherwise) can pursue their hobbies wisely? Like video games? Invite a friend over for Portal 2 co-op. Glued to your TV for Monday Night football? Have some friends over every week to watch the game with you. Just don’t neglect the conversation.

To be fair, people should be discerning about their hobbies. There are inappropriate video games and TV shows. But please, pastors, don’t assume that a few notorious cases mean tat the medium of entertainment is inherently wicked.

4. How to treat other singles

Most pastoral dating advice is limited to “Don’t have sex before marriage.” Some of us have had it hammered into our heads since middle school. Sure, keep mentioning it, but we also need to know how to set rational expectations and model non-creepy behavior.

For example, pastors, please tell your singles to not spend excessive amounts of time with people of the opposite gender who they’re not willing to date. It may lead to mixed signals and broken hearts. Instead, teach us how to treat each other like brothers and sisters in Christ…and how to guard each others’ hearts as part of it.

2 Comments on “Does Marriage Advice Bark Up the Wrong Tree?”