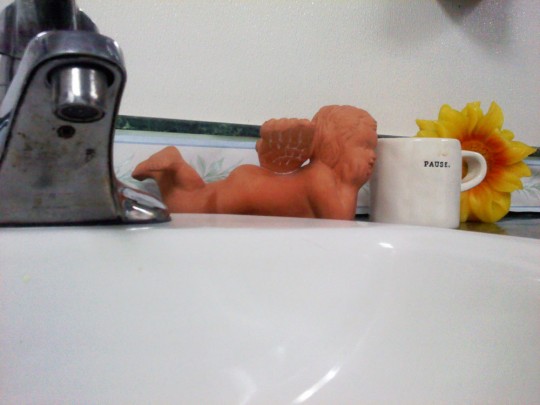 On Friday, our UX Lead having been out sick for three days straight and us being, well, bored and left to our own devices over lunch, Alaina and I decided to kidnap his coffee mug and take pictures of it in random locations throughout the building. These were e-mailed to him sporadically throughout the afternoon. (I will admit a bit of disappointment that his only reaction thus far has been a brief e-mail saying “Funny. Have a great weekend!” I fully expect revenge when he returns, though.)

Alaina wrote up a full post about it (warning: contains me), so I’ll just direct you there for pictures. I would, however, like to add my own little postscript to the adventure.

I love my job.